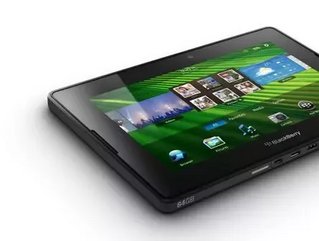 Through a somewhat interesting route, RIM announced through their official Twitter that the BlackBerry PlayBook out sold the iPad last week at major retailers in Canada. Still a major player in the technological market in their home country, RIM proves national loyalty after the release of BlackBerry PlayBook OS 2.0.

Announcing the news to fans through its social media channels on March 2nd, RIM consecutively tweeted about the PlayBook’s success at Best Buy Canada and Future Shop.

Will this success continue for RIM? With rumours of an Apple iPad 3 being announced sometime soon--potentially in March, some rumours Business Review Canada has personally been told,  RIM will have to continue to step up its game to compete with media conglomerate Apple.

This is some good news for RIM’s current CEO Thorsten Heins who took over the company’s helm in January 2012. This news also offsets analyst warnings of a declining company. With analysts predicting a low fourth quarter, RIM’s sharing of good news will hopefully offset a share decline that regularly follows forecasts of company doom.