BlackBerry Q10 Coming to Canada on May 1 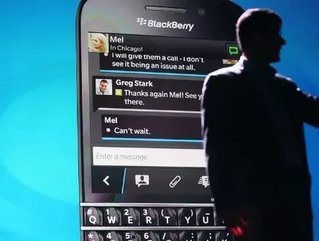 BlackBerry has announced the long-awaited BlackBerry Q10 will launch May 1 in Canada.

Offering the BlackBerry Q10 are Rogers Wireless, Bell Mobility and Telus. Wireless customers will be required to sign a three- year contract to acquire the device at the discounted price of $199. The smartphone will also be available at additional retailers including, Walmart Canada and Future Shop.

The first country to get the BlackBerry will be the UK. The Company has yet to provide an exact date for the launch, but only that it will be available for purchase in April. The launch for the US is yet to be specified as well, with a tentative launch date for the end of May. The BlackBerry Q10 will be priced at $249 with a two-year contract at mobile carriers in the US.

The BlackBerry Q10 is the second device from the Company run the Blackberry 10 software. The first was the BlackBerry Z10 that is a touch-screen device launched in February 2013. The Q10 has the same operating system but includes a physical QWERTY keyboard, a physical attribute most closely associated with BlackBerry devices.

A notable controversy associated with the BlackBerry Z10 is the phones ability to instantly share with friends and family what you’re watching on the web, which could potentially unmask some embarrassing content that you don’t want anyone to know about. The report scattered through the web two weeks ago. Because the Q10 holds the same software users need to make sure to turn this feature off. To make sure the feature is off; visit the settings app and “show what I’m listening to” should be disabled.