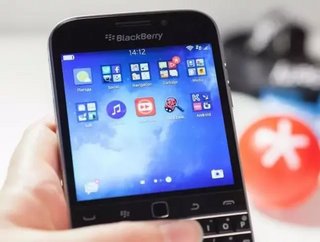 BlackBerry is snatching success from the jaws of defeat as it announces its software business has enjoyed 89 percent year-on-year growth – a boost which correlates directly with the complete closure of its smartphone business.

The company has finally decided to quit the smartphone industry, ceasing production entirely. Sales have declined steadily since the release of the ‘BlackBerry killer’ iPhone in 2007. Once iPhone and Android phones were able to fully support e-mail and other web services, BlackBerry devices were left in the dust and couldn’t hope to keep up.

However, vast growth in the brand’s GAAP software and services revenue has ensured BlackBerry has a strong back-up plan, and it has a new strategy in place. It is actually a global leader in securing, connecting, and mobilising enterprises, and is working behind-the-scenes with its former cell phone competitors.

John Chen, Executive Chairman and CEO of Blackberry, stated: “We are reaching an inflection point with our strategy. Our financial foundation is strong, and our pivot to software is taking hold. In Q2, we more than doubled our software revenue year over year and delivered the highest gross margin in the company’s history. We also completed initial shipments of BlackBerry Radar, an end-to-end asset tracking system, and signed a strategic licensing agreement to drive global growth in our BBM consumer business.

"Our new Mobility Solutions strategy is showing signs of momentum, including our first major device software licensing agreement with a telecom joint venture in Indonesia. Under this strategy, we are focusing on software development, including security and applications. The company plans to end all internal hardware development and will outsource that function to partners. This allows us to reduce capital requirements and enhance return on invested capital.

"We remain on track to deliver 30 percent revenue growth in software and services for the full fiscal year. We are revising upward our non-GAAP EPS outlook to a range of breakeven to a five cent loss, compared to the current consensus of a 15 cent loss. This reflects increased confidence based on improving margins and reduced interest expense from the recent refinancing of our debt, as well as planned investments in growth areas.”