BlackBerry to sell unlocked smartphones in US 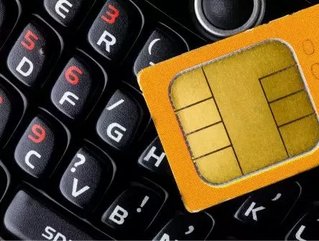 BlackBerry  announced on Thursday that customers in the U.S. can purchase unlocked BlackBerry smartphones online directly from BlackBerry on ShopBlackBerry.com.

The first models available for purchase on ShopBlackBerry.com are the BlackBerry Z10 and BlackBerry Q10 smartphones, which are available in both the black and white color models. The smartphones are SIM-unlocked, allowing customers to use them on GSM-based 4G LTE and 4G networks in the U.S. (AT&T, T-Mobile) and other countries around the world with carriers who operate supported GSM networks.

You may also enjoy:

In addition to offering the BlackBerry Z10 and BlackBerry Q10 smartphones, ShopBlackBerry.com offers a variety of accessories, such as carry solutions, chargers and audio peripherals, for all BlackBerry smartphones.

This is smart move for the smartphone provider as it has been losing steam in the marketplace since the inception of the Apple iPhone and Android operating systems.

A global leader in wireless innovation, BlackBerry(R) revolutionized the mobile industry when it was introduced in 1999. Today, BlackBerry aims to inspire the success of our millions of customers around the world by continuously pushing the boundaries of mobile experiences. Founded in 1984 and based in Waterloo, Ontario, BlackBerry operates offices in North America, Europe, Asia Pacific and Latin America. BlackBerry is listed on the NASDAQ Stock Market (NASDAQ:BBRY) and the Toronto Stock Exchange (TSX:BB). For more information, visit www.blackberry.com.