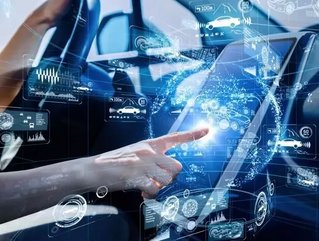 On 7 January 2019, Blackberry used the CES 2020 platform to announce one of its latest technological developments: AI-powered solutions for vehicle software.

Charles Eagan, CTO, was buoyant about the company’s achievements with this synthesis, “This solution represents a major milestone in the company's continued efforts to integrate BlackBerry Cylance's innovative prevention-first, predictive security products with our vast range of industry-leading technologies.”

Cylance is a unique tech solution that uses AI to solve problems before they arise, sometimes as much as 25 months in advance. The software, configured to ‘learn’ and ‘improve’ in perpetuity, is able to predict the patterns of malware and take appropriate action.

Running in tandem with QNX, an embedded system that runs 24/7, the two are able to maintain ‘mission-critical’ systems and keep them functional. “No one knows security better than us,” said Eagan. “We now have a transportation-focused framework that the industry can tap to enhance the security, trustworthiness, and safety of connected vehicles, providing peace of mind to drivers, passengers and pedestrians alike."

Wireless EV charging: Wireless technology could be claimed as a hallmark of progressive engineering, particularly where consumers are concerned.

Simply drive over the pad, park, and the car will begin charging. Although only scheduled to be compatible with BMW’s 530e hybrid at present, customers can still get an idea of the pad’s utility: producing a 3.2kW current, the pad is able to fully charge a 530e in approximately three-and-a-half hours.

Advanced cruise control: With self-driving cars starting to gain traction in the market, some manufacturers are choosing to invest in the latest autopilot technology.

Available as a feature on its CT6 luxury sedan, Cadillac won the Autoblog Technology of the Year 2019 award for its innovative ‘Super Cruise’ hands free feature. Controlling acceleration and braking via utilisation of in-vehicle cameras, radar sensors, and GPS navigation, the Super Cruise will even monitor that the driver’s eyes are focused on the road and will disable itself if not.

Virtual hazard mapping: Staying abreast of weather and traffic developments on the road can mean the difference between a smooth ride and a fatal accident.

Where once there was only radio reports, word-of-mouth, or Google Maps to warn you, Nissan announced its development of ‘Invisible-to-Visible’ (I2V) software last year to combat the problem.

I2V uses “a 3D, augmented reality interface that merges the real world and virtual world to make information visible which the driver would not otherwise see”. Nissan hopes that the combination will open limitless possibilities for making driving safer, more convenient, and exciting. Full realisation of I2V is forecast to emerge after 2025, meaning there’s sure to be a lot of interesting developments to come.