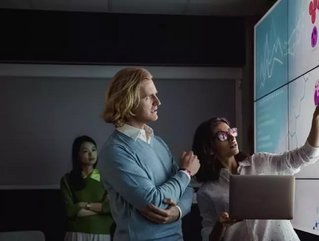 Each year, Canadian research and analysis firm Impact Centre releases its report on young Canadian companies with “the potential to become successful on the world stage.” Potential honorees are ranked by their ability to scale at speed and achieve global impact, with top companies ranked according to their ‘financial velocity’, which equals capital raised divided by the number of years in existence.

This week, the Impact Centre released its 2019 list of Canadian Narwhal companies (Narwhals being the ‘unicorns of the Arctic sea’) with BlueRock Therapeutics topping the list. With offices in Toronto, BlueRock has raised a total of US$225mn in funding since its founding in 2016, resulting in a financial velocity of 75, a full 41 points ahead of the 2nd place company, Element AI.

According to the report, each year, “the Narwhal List is split into 40 technology companies (excluding healthcare and life sciences firms) and 10 healthcare/life sciences companies, thus identifying the top 50 Canadian tech companies.” This year, four of the top 10 companies on the Narwhal list were healthcare-oriented.

Impact Centre reports that “unlike the year prior that was marked by four graduations from the list, there were no sales of Narwhals and no initial public offerings (IPO) in 2018. The fact that no Narwhals were sold is a good sign for Canada.”

BlueRock uses its proprietary Cell Gene platform to create new medicines with applications across the neurology, cardiology and autoimmune treatment disciplines. The company was founded by Versant Ventures, receiving one of the largest Series A funding rounds in biotech history.

The report concludes that “these results point to a sense of cautious optimism in Canada’s technology space,” but “Although we have made significant progress and have continued to leverage our investments in startups and incubation, our analysis suggests that we have significant work ahead of us.”