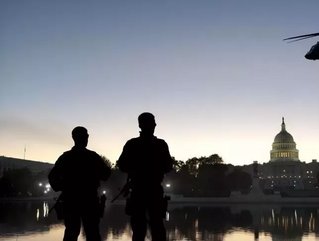 Boeing announced on 24 September that is has been granted a program by the US Air Force to produce MH-139 helicopters to replace its existing UH-1N “Huey” fleet
The MH-139 is based on the Leonardo AW139.
Leonardo will construct the aircraft at its northeast Philadelphia plant before sending it to Boeing’s facility south of the city for military-specific technology and component integration.
The $2.4bn program is for up to 84 helicopters, training equipment, and associated support gear.
Leonardo’s 25 September press release states that the aircraft is due for initial delivery in 2021, and “will take over the role of protecting the nation’s intercontinental ballistic missile (ICBM) bases and the transportation of U.S. government and security forces”.
David Koopersmith, vice president and general manager of Boeing Vertical Lift, said:
“We’re grateful for the Air Force’s confidence in our MH-139 team”.
See more:
“The MH-139 exceeds mission requirements, it’s also ideal for VIP transport, and it offers the Air Force up to $1 billion in acquisition and lifecycle saving costs”.
Bell’s UH-1N Twin Huey, introduced in 1970, has been used by the US Air Force for almost 50 years.
According to Defense Media Network, the US Air Force uses 62 Twin Hueys, and most of them were purchased in 1969 during the Vietnam War.
Leonardo’s press release said that the MH-139 “exceeds the Air Force’s speed, payload, range, armament and survivability requirements for protecting ICBM bases”.
The Leonardo AW139 is in operation with over 270 governments, militaries, and firms around the world.
ManufacturingBoeingAerospaceLeonardo
Share
Share