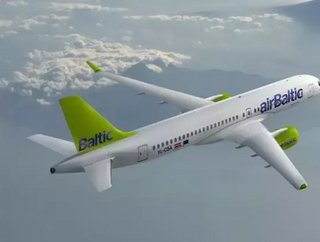 Bombardier is on the verge of launching its latest commercial aircraft model, the CS300, and now the Canadian manufacturer has revealed its first client. This week at the Dubai Airshow, Bombardier announced that Latvian Air Baltic Corporation AS (airBaltic) will be the first airline to fly CS300 when the aircraft is officially launched toward the end of 2016.

“We are thrilled to confirm that airBaltic will be the first airline in the world to operate the CS300 aircraft,” said Fred Cromer, President, Bombardier Commercial Aircraft, in a press release issued by Bombardier. “As one of Europe’s leading innovative airlines, airBaltic is successfully reshaping its business plan and expanding network capacities on the backbone of the C Series aircraft – which will provide the perfect fusion of performance, technology and comfort.”

Cromer added that new features of the CS300 aircraft, like increased cabin living space, will help airBaltic in its goals of optimizing its seating capacity while maintaining passenger comfort for a “world-class flying experience.” AirBaltic CEO Martin Gauss also discussed the benefits that the new addition of CS300 aircrafts will bring to the company.

AirBaltic reportedly has 13 CS300s on firm order from Bombardier, and retains the option for a further seven. AirBaltic will be using these new planes to expand its global footprint as well as replace older outmoded aircrafts in its fleet.