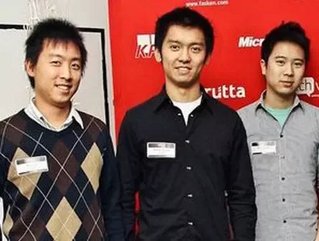 CakeDeals, a website based in Vancouver, BC, is innovating the way Internet enthusiasts grab the best coupons and discounts.

Starting in September 2010, CakeDeals aggregates all deals offered by daily deal sites in one location for customers. The company brings users real time information from all deal sites that they love. What’s more,  their service cleans up cluttered email boxes without letting discount-savvy consumers miss out.

How many daily deal sites are there out there anyways? As an example, Vancouver has 40 businesses alone that offer special “group” or “daily” deals. Most businesses under this popular business model are based off of Chicago-based Groupon, a successful startup centred on giving its users the best deals.

Fortunately, CakeDeals understands the need for a one-stop-shop for deals and discounts. Instead of perusing potentially 40 websites, or reading through 40 emails daily, customers of CakeDeals can now keep track of everything even easier with the company’s brand new iPhone application.

Another benefit to CakeDeals’ offering is for the daily deal businesses. When competing with big names such as Groupon and LivingSocial, smaller companies get left in the dust. Having all deals in one place levels the playing field completely, allowing for smaller companies to get their deals better traffic and make it easier for them to compete with the more popular companies.

"New deal sites approach us every day. They work hard to negotiate great group deals for customers. Many of them are trying to shake off the stereotype of just being labeled as a 'Groupon Clone,’” said Sam Lin, COO and Accounts Director of CakeDeals.

Offering all daily deals for cities such as Brampton, Vancouver, London, Toronto, Victoria and more, consumers are getting the best deal out there. Currently, CakeDeals offers deal lists for 15 cities in Canada, 11 in the US and one in China. With a view optimized for mobile phones, users can get their daily deal almost anywhere. CakeDeals’ new offer of a free iPhone app via the Apple iTunes store puts the icing on top of the… well…. cake!

"We're trying to provide as many channels and methods as possible for end-users to view and track these coupons. We want to save people time,” said Simon Wong, CEO of CakeDeals.

But be warned, CakeDeals’ website mentions that the thrill of saving can definitely be  addictive. For some, a long list of fantastic coupons may be too much to handle.

Either way, this Canadian startup is seriously changing the way people get their deals and discounts for the better.