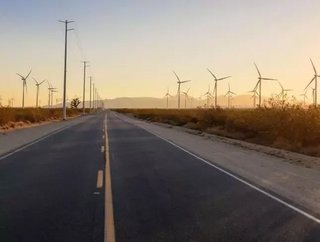 The United States government is turning up the pressure on increasing its investment in and use of renewable energy sources. This is true not just at the federal level, but at individual state levels as well—and some of those states have especially good reason to approach the issue with added intensity. California is one such state, and this week its lawmakers are working hard to pass clean energy reforms ahead of the end of the current state legislative session next week.

If these reforms pass under SB 350, California will be en route to produce or procure 50 percent of its electricity from renewable energy sources by 2020—a significant jump from the state’s already ambitious current target which aims for 33 percent renewable energy by 2020. As International Business Times reports, California’s state Senate passed SB 350 in June, and the legislation is now seeking approval from the state Assembly before it can land at the desk of Governor Jerry Brown to sign.

According to this report, California energy companies are already well on their way toward meeting higher renewable energy standards, spurred on by climate change issues that have made conservation a vital priority in the state overall. While opponents are concerned that this could lead to higher energy bills for consumers, proponents are optimistic about the myriad opportunities that this progress could bring:

“If that happens, we’re going to see a lot of job creation that goes with that,” said Bob Keefe, executive director of Environmental Entrepreneurs, a sustainable-business advocacy group. New renewable-energy projects in California created around 3,000 jobs in the first six months of this year, or about 15 percent of the 20,300 jobs created across the country in that period, the organization found in a jobs report published Thursday.

California isn’t the only state in the Union making significant strides toward renewable energy usage—just recently we reported that Hawaii is making plans to rely on 100 percent self-sustaining renewable energy by 2045. But this would certainly put the state in the top ranks of renewable-minded regions.

RELATED CONTENT: Hawaii could run on 100 percent renewable energy by 2045

To meet their goal before the legislative session deadline, California lawmakers must pass SB 350 by September 11.