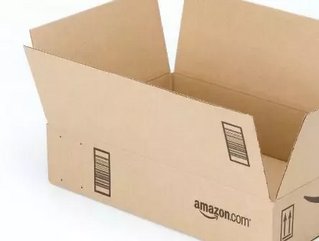 I’m sure you have your own fleet of favorite online shopping sites. From Best Buy, Amazon, Gucci, Tag Heuer, and all of your other favorite retailers, it seems as if online shopping is the best way to buy what you need when you’re under time constraints and frankly, enjoy shopping while at home or in the office and avoiding the crazy shopping mall environment.

Amazon.com is a major force in the online shopping world and could possibly be named one of the original founding fathers of the creation of online storefronts. However, despite the great deals you can find on Amazon for pretty much anything your heart desires, the company has caused quite the political grief lately when it comes to its California customers.

If you’re not a California resident or even an online shopping, Amazon announced last month that it will be terminating its relationship with thousands of California associates. Governor Jerry Brown put into place a new law requiring the company to collect sales taxes because it has affiliates in the state. Brown signed the measure into law as part of California’s plan to reduce its budget gap; the law is expected to add $200 to $300 million to the state’s massive deficit and will improve state and local government revenue.

Gov. Brown’s passing of the sales tax bill is aimed at tying up the loophole that allowed Amazon and other out-of-state retailers from collecting sales taxes for California. Amazon wrote a letter last month to its California associates saying that the company opposes the bill because it is “unconstitutional and Drugstore.com.”

It’s important to know that it’s not just consumers feeling the sales tax hit, but also small business owners, schools and nonprofit organizations that are affected by Gov. Brown’s new measure. Hundreds of online retailers are in the works of cancelling their affiliate programs in response to the new Internet sales tax law and we’re all still wondering how the state and its residents will cope. Small business owners who are losing their affiliate advertising revenue say the state won’t get any additional income because many online retailers refuse to cooperate.