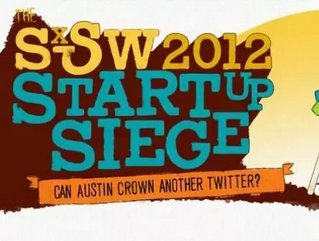 What does it take to launch a winning startup? There’s no exact formula to be found (trust us—we’ve tried to find one), but there are certainly enough success stories on the books from which we can all learn a thing or two.

One platform, in particular, has been the common denominator of success for a remarkable number of tech startups—South by Southwest Interactive.

Although Twitter was introduced to the public in 2006, 2007 was its banner year, when it took over at South by Southwest Interactive via an incredibly clever marketing campaign.  Two 60-inch plasma screens mounted in the conference hallways streamed tweets and piqued attendees’ interest in the emerging social network. Over the course of the four-day conference, Twitter activity tripled from 20,000 tweets per day to 60,000.

Cut to 2012, when there were 15 SXSW Interactive sessions focused on Twitter, and you’ll see that the site’s popularity at the conference hasn’t waned.

Twitter’s not the only tech startup to have catapulted a strong SXSW reaction into lasting ubiquity. For Foursquare and GameSalad and even Facebook, SXSW Interactive has proven to be the springboard for success.

But don’t just take our word for it. Check out the following infographic, provided by PromotionalCodes.net. It includes a wealth of data and statistics about some of the web’s hottest startups and shines a light on some of this year’s biggest breakouts.