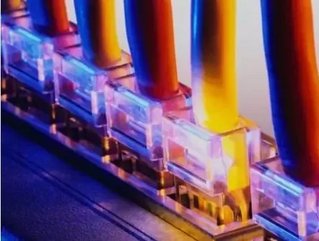 2011 promises to be an even bigger year for the mobile device market. As such, Canada’s leading telecom companies will battle for subscribers and tout their wireless networks as superior to their competitors.

But who are Canada’s leading telecom companies and who are the up-and-coming ISPs waiting to disconnect the big three from their thrones?

Rogers Communications was recently levied with a $10 million fine by the Competition Bureau. Rogers' Canada-wide advertising campaign claimed that consumers subscribing to Rogers' Chatr brand would experience "fewer dropped calls than new wireless carriers" and have "no worries about dropped calls." WIND Mobile led the fight for ISPs.

Of the big three service providers, Bell topped the list with 1,428 complaints, which was more than double second-worst Telus Communications at 657 complaints, according to the Commission for Complaints for Telecommunications Services’ 2009-2010 annual report. Rogers landed third on the list at 540 complaints.

Telus originally served as a vehicle to privatize the Alberta Government Telephones Commissionin 1990. Telus then acquired Edmonton Telephones (Ed Tel) from the City of Edmonton in 1995 before becoming a consumer brand in 1996. Telus offers a number of devices such as HTC, Huawei, LG, Nokia, RIM, Samsung, and Sierra Wireless on its network.

An industry leader, Telus once boasted the largest 3G network in Canada when the Company rolled out an HSPA+ network that provides download speeds of up to 21 Mbit/s and roaming in over 200 countries. The Company has continued broadening its network, most recently becoming the first wireless operator in North America to deploy HSPA+ Dual Cell technology, which doubled maximum download speeds of up to 42 Mbit/s last August.

Saskatchewan Telecommunications owns the distinction of being the only remaining Crown Corporation in the Canadian telecommunications industry. While SaskTel is the fourth largest telecom company in Canada, its growth prospects are limited and won’t surpass the big three anytime soon. The Company is late to the HSPA+ game having only begun construction of a new $172 million HSPA+ wireless network in 2009. SaskTel activated the network in 2010 but won’t finish the roll out until the end of 2011. When it does, SaskTel will hold 98% of Saskatchewan under its coverage.

Up until 2004, MTS was formerly Manitoba Telephone System is the primary telecommunications carrier in the province. The Company, once a Crown corporation as well, acquired Allstream seven years ago and is known as "MTS Allstream Inc," today. MTS Allstream’s Enterprise Solutionsdivision operates nationally under the Allstream brand. The Company boasts an extensive national broadband and fibre optic network that spans almost 30,000 kilometres. MTS Allstream customers include more than 65,000 businesses such as BMO Financial Group, Stella Jones, Transat and WestJet.

WIND looks most likely to join the ranks of the current big three. The Company initially launched mobile data and voice services in Toronto on December 16, 2009 and two days later in Calgary. WIND then expanded its network to include Edmonton on February 26, 2010, Ottawa on March 27, 2010 and Metro Vancouver on June 3, 2010. WIND Mobile is the first Canadian wireless service provider to make use of the Advanced Wireless Services spectrum for its network (except in Quebec), which requires customers to use an AWS-capable handset—Alcatel, Blackberry, Garmin, HTC, Huawei, LG, Motorola, Nokia, Samsung, Sony Ericsson.

As visible as WIND has become, its management has been even more vocal. WIND Mobile Chairman Anthony Lacavera chastised Rogers’ recent Chatr advertising as misleading and anti-competitive, which led to the Canadian Competition Bureau’s investigation. You can bet that this victory will only embolden WIND, and other independent service providers for that matter.