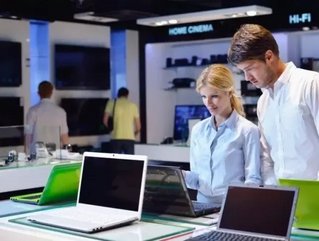 Thinkific is a web and mobile education company designed for users to create and sell their own online courses.  Users are given a website with a unique URL and unlimited bandwidth where they can post their own continuing education classes and develop a passive income stream.  Instructors can join the site at the starter, professional, or enterprise level, giving them the option of paying per month or per transaction.  The startup was founded by Vancouver brothers Greg and Matt Smith.  Thinkific has successfully partnered with Launch Academy, an entrepreneurship facility that provides mentorship and space to promising startups.

PUSH is a Toronto startup that created its eponymous wearable activity tracker to enable the user to push their body to its true potential through the employment of meaningful metrics.  The PUSH band uses an array of sensors to track force, power, and speed during a workout.  Specifically designed for gym use, PUSH can be used with a smartphone to create and download routines, track progress, analyze effectiveness and network with friends about fitness.  During its month long Indiegogo campaign, the company exceeded its targeted goal by $50,000 and has already sold out of its PUSH Prime presale packages.

Doctor and Torontonian Josh Landy helped developed Figure1 as a way for healthcare professionals to share and comment on medical images via a photo-sharing network.  Figure1 was strictly an iPhone/iPad app until the company raised $2 million in seed funding in December.  Since then, Figure1 has extended the app to Android and desktop platforms.  The app is intended to create a global almanac of medical images in the vein of Wikipedia, educating both the medical community and the public.  The app already serves thousands of users and the startup is exploring additional avenues of technology to keep medical professionals connected and informed.

Vancouver-based BitLit promises its users access to electronic versions of books that they already own in print form.  The startup is working with publishers directly to offer readers discounted or free e-book versions of those in their home collections.  BitLit is also seeking to make it easier for publishers to include e-books with purchased copies of print books.  The app requires users to verify their print copy through imaging before granting them access to the e-book.  The company has raised an undisclosed amount of seed funding from Three Angels Capital, BDC Venture Capital and individual investors and has already brought 80 publishers on board.

Formed in 2012, Vancouver Telematics company Mojio offers cloud-based technologies for cars, enabling real-time communication with smartphone apps.  Their top innovation is the Mojio, a small, Internet connected device that plugs into a vehicle’s diagnostic port and measures everything from speed to oil levels, bringing smart car features to older vehicles.  Mojio also allows developers to create apps to use with the device.  Mojio is soon to be available to the public.  The company is also developing a module that includes both LTE and Wi-Fi, connecting cars to the Internet as well as the tablets, smartphones and other gadgets that passengers commonly travel with.

Developed by a team of gamers in Vancouver, Battlefy offers a turn-key platform for creating and managing eSports tournaments, leagues and content.  Users can create sign-up forms, seed teams, draw brackets, design sponsorship pages and manage livestream content through Battlefy’s virtual court platform.  As Battlefy takes care of 90 percent of the technology requirements for eSports organizers, administration costs can be reduced by up to 80 percent.  Earlier this year, the startup raised $1.3 million in venture capital from U.S. investors, which it intends to put towards becoming the end-to-end technology solution for eSports.

Whirlscape is a Toronto-based startup that created the one-dimensional Minuum virtual keyboard.  Last year, Whirlscape attempted to raise $10,000 through an Indiegogo crowdfunding campaign and ended up with $87,000.  In February, the company received $500,000 in seed funding from Y Combinator, FundersClub, BDC Venture Capital and other investors.  Whirlscape recently released their Minuum app for Android and plans to release it in additional formats this year.  A promotional video released by the startup showed that the company hopes to eventually enable users to “type anywhere, ” including on wearables such as a line of smartwatches that are currently in development.

Vancouver-based Recon Instruments has been developing head-mounted wearable displays since the startup formed in 2008.  Designed for snowboarders, their “Transcend” model was the first pair of goggles in the world to provide real-time feedback to the wearer through Heads-Up Display (HUD) technology.  Newly developed Recon Jet, for athletes of all kinds, is now available for pre-order and will ship this fall.  The device is meant for outdoor use and features a powerful microcomputer and a full-color widescreen display.  With a substantial investment from Intel Capital, Recon has the means to continue developing within the HUD sphere.

Toronto’s Bionym has developed technology that turns a human heart into a universal password.  The company has created Nymi, a wristband that stores your security and personal information and recognizes you based on your heart’s unique cardiac rhythm.  A properly synched device can unlock computers, phones, and doors, serving as a biometric authentication layer for various devices, applications and services.  Bionym CEO Karl Martin expressed that “killing the password” was the company’s number one goal in developing Nymi.  The device is available for pre-order and is due to ship sometime this summer.

Much like Bionym’s Nymi, Waterloo’s Thalmic Labs has developed a wristband that uses biometrical signals to track and interpret movement.  The device, called Myo, uses arm muscle activity and EMG signals to control digital devices.  After two years of development, the final design of the Myo weighs in at 95 grams, less than the average stainless steel wristwatch.  A promotional statement on the company’s website claims “With the wave of your hand, it will transform how you interact with your digital world.”  The Myo is currently available for pre-order and will begin shipping in September.

Led by mechatronics engineers Stephen Lake, Matthew Bailey, and Aaron Grant, the company raised $14.5 million in Series A funding in 2013 to develop the technology used by Myo as well as the development of future innovations and technologies. The startup is currently funded by Spark Capital, Intel Capital, Formation 8, First Round Capital, FundersClub and more than twenty individual investors.

Thalmic Labs was named Techvibes’ 2013 Startup of the year, while co-founder and CEO Stephen Lake was named one of Canada’s Top 20 Under 20 in 2007 and one of the Next 36 Entrepreneurial Leaders of Canada in 2011.  Lake has high hopes for Myo and the startup, telling Techvibes “We have big plans for 2014 and beyond. We’re excited about the future of technology. Specifically, the idea of closely coupling us as humans with digital technology in ways that improve or enhance our lives and/or abilities. For us, Myo is a first step down a long path in this direction.”