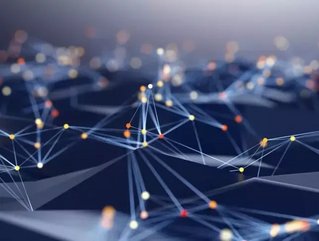 Kraken Robotics, a marine technology company with headquarters in Newfoundland, clinched the top spot this year. Primarily engaged in the design and manufacture of advanced sensors for underwater vehicles, Kraken Robotics provides its services to both commercial and military clients. In an interview earlier this year, Kraken CFO Greg Reid said: “2019 is really a story of two fronts. One is execution on our existing backlog of orders with a large part of it being the batteries for Ocean Infinity. That’s a key driver that we think will have very strong revenue growth again this year. The second part of the story is the number of multi-year contracts that we’re bidding for —we’re talking north of $125mn in business to Kraken. You never know until you win it but we think we’re in a really good position for some of them.” Kraken’s stock rose by 118% over the course of 2018, with a continued rise of 81% since January, according to The Cantech Letter.

Patriot One Technologies, based in Toronto, placed second on the technology list. The company specializes in the development of sensor equipment and systems that enable military and civilian security personnel to detect hidden weaponry. According to the company, “the technology, which is intended to be placed in key access points, utilizes radio wave emissions to safely target, identify and notify of concealed threat potential through software recognition of specific wavelength patterns.”

Drone Delivery Canada placed third. The Toronto-based tech startup designs, manufactures and markets unmanned aerial vehicles for commercial and logistical use across Canada, with a focus on establishing beyond-line-of-sight transportation routes. In December, 2018, Drone Delivery Canada signed a US$1.9mn commercial agreement with the Moose Cree First Nation to deploy its drone delivery system between the remote communities of Moose Factory and Moosonee. In January 2019, Drone Delivery Canada unveiled its latest offering: the Condor, a drone capable of carrying 400 lbs of cargo.