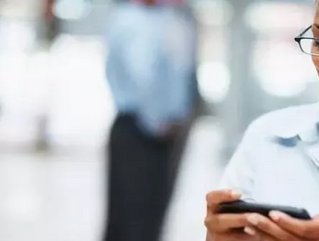 Technology is thriving in Canada. A study conducted by Ipsos Reid showed steady growth in the smartphone, tablet and eReader industries, up 13 per cent, 66 per cent and 43 per cent respectively.  But what brands have Canada’s preference? Apple, BlackBerry, Kobo and more are vying for the Canadian market, hoping to control the market for better profit margins.

Smarphone ownership in Canada, which was 24 per cent in Jan 2011, was up to 34 per cent penetration of the market by August 2011, said those surveyed. Brand-wise, there were clear shifts seen in the market.

“Clear shifts in brand preference appear when we look at the brands of devices consumers are currently using,” says Mary Beth Barbour, Senior Vice President with Ipsos Reid, “And looking forward, it appears that the brand race will continue to heat up.”

Leading the smartphone market are Apple and RIM’s BlackBerry. Over the last twelve months, though, the survey found that BlackBerry’s market penetration has lessened—from 41 per cent to 33 per cent, while Apple gained in Canada—from 23 per cent to 28 per cent—while Android also saw increases from 26 per cent to 31 per cent.

“Based on the brands under consideration by those in the market to buy or replace their Smartphone in the next year, we anticipate that these shifts in brand penetration will continue,” adds Barbour. “Intentions to acquire a BlackBerry have declined by nearly one-third when compared to this time last year. Interest in Apple continues on a slight incline, while Android handsets are poised to pick up the lions-share of RIM’s losses, thanks in no small part to Samsung for which purchase intent has increased by 50% over the past 12 month period.”

RIM additionally lost out Canadian brand preference and popularity. In comparison to January 2011 where 58 per cent of respondents stated they intended to purchase a BlackBerry, 2012’s results found only 40 per cent had those intentions.

When it comes to Tablet purchases, the Apple iPad controls the market at 78 per cent.

“Following a disappointing entry to the market, RIM continues to attempt to gain traction in the market with its PlayBook, but Canadians remain wary and consideration of this brand for future Tablet purchasers holds steady at 22% - up one point from 2011,” adds Barbour. “Samsung, however, has potential for a breakaway. Though current penetration is modest at 8%, consideration of this brand by those looking to buy or replace their Tablet in the next year has increased by 81%, standing at only 14% in January 2011 rising to 26% in January 2012.”

eReader purchases reflected a growth in popularity in Canada. Although last year, the Kobo, Amazon and Sony brands were all about even in the market, 2012 shows that Kobo has become a clear forerunner with 46 per cent penetration.  Although, the Amazon Kindle still potentially has room for growth as consumers are still intending to purchase the eReader brand.

“What is more interesting is that with 53% of respondents intending to buy a Kindle, the Amazon product is more likely than Kobo to be a part of the consideration set of prospective buyers than the Kobo, now at 42%,” adds Barbour. “Though intentions do not necessarily translate into sales, the January 2012 wave of Mobil-ology shows that a battle of the brands may be in the works if Amazon is able to improve conversion.”