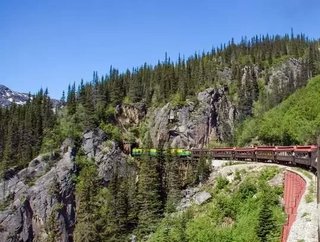 Canadian Pacific (CP) today announced a summer train tour to celebrate Canada's sesquicentennial while re-connecting generations of Canadians with the nation's iconic and historic roots. Through shared stories and celebration, the CP Canada 150 Train will honour the country's past, while acknowledging the leaders of the present, and looking toward a bright future.

Beginning 28 July in Port Moody, B.C., CP is hosting celebrations in 13 Canadian cities and towns. The train will travel west to east, completing a reverse tour of the very first transcontinental passenger train trip made on June 28, 1886, which started in Montreal and travelled to Port Moody. The final CP Canada 150 Train event takes place August 20, 2017 in Ottawa.

"It is my honour to invite communities and citizens from across the country to join us in celebrating the nation, the railway and the future of Canada," said Keith Creel, CP President and Chief Executive Officer. "CP has been connecting Canada for 136 years, something we consider a distinct privilege. We are proud to have been a part of building Canada, proud to employ the country's best railroaders, and we look forward to many more years of giving Canadians a reason to be proud of this railway."

Incorporated in 1881, Canadian Pacific Railway (CPR) was an integral part of confederation. As a physical link between east and west, the building of the CPR is one of the country's greatest feats of engineering. As the railway diversified to include steamships, hotels, and beginning in the 1940s, Canadian Pacific Airlines, many considered the CPR to be the world's greatest travel company. CP has since returned to its core business of railroading, and is the safest railway in North America.

A key part of the program will be the Spirit of Tomorrow, a special railcar which, as it moves across Canada, will be decorated with thousands of handwritten cards from children outlining their dreams for the future. CP will be inviting kids at every stop to contribute to decorating this car, which will be included in CP's Holiday Train program for 2017, giving more Canadians a chance to view the final creation.

The Spirit of Tomorrow is only part of the splendor of the CP Canada 150 Train. Iconic F-unit diesel locomotive CP 1401 (1958) will lead the train, powering more than 10 beautifully restored Royal Canadian Pacific heritage cars. As the train makes its way across the country, it will be the exclusive event backdrop for photographers and admirers alike. Also included in the train is CP's exclusive retrofitted stage car from which event-goers will be treated to a truly Canadian performance.

Aboriginal entertainer and world champion hoop dancer Dallas Arcand will open the stage show with his world-renowned athleticism and grace, sharing the symbolism of the hoop dance and its significance in aboriginal communities. Following Arcand will be a concert from Canadian country music superstar Dean Brody.

"I am so excited to be celebrating Canada's 150th by train this summer, playing towns along the way, experiencing some of the more rugged and rare routes across our country," said Brody, 13-time Canadian Country Music Award winner and two-time Juno Award winner, most recently for 2016 Country Album of the Year.

This family-friendly occasion has something for Canadians of all ages and there are a number of activities to explore during the three hour event. History buffs will delight in seeing images and facts pulled from CP's archives, and kids of all ages can design their very own conductor's hat as a memento of the day.

To further celebrate Canada's 150th birthday and to recognize the people, families and communities that helped shape the nation, CP is running a contest to learn "What's your railway legacy?" From stories of sacrifice, bravery, ingenuity, even romance, authors of the two most compelling true short stories will win the experience of a lifetime including a two-day, two-night, all-expense paid trip for two aboard the CP Canada 150 Train, with five-star hospitality from the staff of the Royal Canadian Pacific. Visit cpr.ca to enter.

Today, as part of the Canada 150 announcement, CP also launched a new video higlighting the role the railway played, and continues to play, in connecting Canada. For a full list of event locations, dates and times, including further details on CP's contest and history, visit www.cpr.ca.