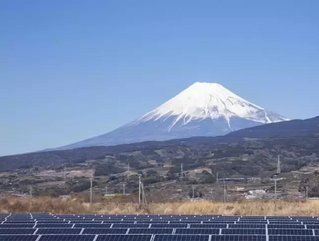 Canadian Solar has begun construction on a new 26.6MWp solar power project in Japan, its second in quick succession.

Headquartered in Guelph, Ontario, the company is fast becoming one of the foremost solar PV (photovoltaic) manufacturers in the world - currently employing over 12,000 people and holding a US$1.3bn market cap on NASDAQ.

The project will involve the construction of two separate sites: one in Ibareki Prefecture in the Kant%u014D region of Honshu (13.6MWp) and another (13MWp) in the Fukuoka Prefecture on Ky%u016Bsh%u016B Island.

Once operational (estimated as mid-2021), the solar plants are expected to generate 15,901MWh and 15,250MWh of power respectively.

“We entered the Japanese market in 2009, and since 2014, we have established ourselves as one of the leading foreign developers in the market, having cumulatively developed and connected over 290 MWp in utility-scale power plants.”

“While new subsidized programs are set to expire by 2021, we have a robust pipeline of high feed-in-tariff projects and continue to see opportunities given the Japanese government's continued efforts to increase the penetration of renewable energy," he said.

Japan represents the perfect market for this growth. Representing the third-largest uptake for solar PV in the world (after China and the US), the country is showing very promising potential to become a leader in the sector.

The site was brought to operational status in May 2018 and has been sold to Chugoku Electric Power Company, Inc in a sale expected to close in Q1 of 2020.

Commenting on the sale, Dr. Qu said, “We expect to grow this business as we work to enhance and retain a greater share of the value creation throughout the life cycle of solar power plants."