The CEO’s guide to the threat landscape 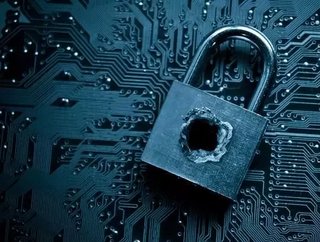 Last year, AT&T opened its Cybersecurity Insights Report with a startling fact: ‘The FBI estimates that ransomware is on track to become a $1 billion crime in 2016.’

This is just one element of the huge rise in cybercrime, and the reasons are obvious. Increasingly, businesses are placing sensitive information in potentially accessible areas via use of the cloud: ‘Widespread adoption of emerging technologies such as IoT, cloud technology and mobile devices provide new points of entry for cyber criminals to exploit using tool kits easily acquired on the Dark Web,’ the Executive Summary of the report explains. AT&T’s publication aims to outline the risks in brutal detail, and then show companies how to combat the threat before it can strike.

‘The Global State of Cybersecurity survey found 90 percent of organizations experienced at least one malware-related incident in the previous 12 months, with 58 percent acknowledging occasional or frequent malware threats… cybercrime has become a global business’, the report states. There was a 300 percent increase in malicious e-mail attachments between 2015 and 2916, and worryingly, between 25 percent and 30 percent of employees click on suspicious links in the workplace. The statistics are endless, and companies must lock down their data by securing the cloud and locking down portable devices.

John Vladimir Slamecka, Region President, Global Business, EMEA of AT&T has offered Business Review USA & Canada the following essay entitles ‘The CEO’s guide to the threat landscape’, in which he further describes the role of the Cybersecurity Insights Report, expresses hope for future security evolution, and predicts what we can expect in 2017:

Over the past year, the cybersecurity threat landscape has continued to grow. Each new device connected to the internet presents a new target for attackers. And each new social media post creates new risks for phishing attacks or social engineering.

The AT&T Cybersecurity Insights Report further emphasizes the impact of successful attacks: downtime (46 percent), loss of revenue (28 percent), reputational damage (26 percent), and even loss of customers (22 percent). In Europe, cyberattacks are also common and increasing in frequency. Some attacks make the headlines – like OVH, Krebs and DynDNS. However, most remain unheard of.

While this trend is concerning, security has come a long way this year. And it will continue to evolve in 2017. But, detecting and responding to threats isn’t getting easier. A rising tide of known threats and the mainstreaming of cyber-criminal activities has created an undercurrent of concern.

Despite the growing concern, many businesses are not taking the necessary steps to protect themselves. In today’s landscape, a company’s security should be one of its most important investments.

Businesses need to ask themselves: Are we doing enough to defend against known threats? Where will the next threat come from?

Looking at the year ahead we can expect some changes in cybersecurity that will affect businesses in the region:

The key thing to remember is prevention.

Criminals are always looking for the next way into your company. Your cybersecurity practices need to help keep them out.