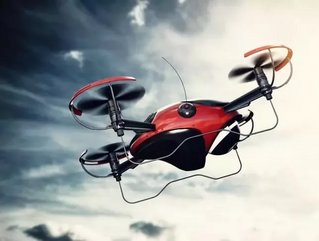 The Consumer Electronics Show is an annual event, first held in 1967, that showcases next-generation developments in the field of consumer electronic products. Manufacturers, developers and suppliers from over 4,500 different companies attended the 2019 event, held in Las Vegas, Nevada, with more than 180,000 attendees.

Each year, the CES Innovation awards honor companies and products that have demonstrated outstanding feats of design and engineering. Event categories range from 3D Printing to Wearable Technologies to Cybersecurity to FItness, Sports and Biotech. Business Chief takes a look at five of the 16 honorees in the Robotics and Drones category.

Designed and manufactured by COWA ROBOT Inc, the ShopPal is a self-following shopping companion robot that tracks and assists the user when walking. COWA ROBOT already released a self-following robotic product in 2016 with an autonomous suitcase. ShopPal improves on previous designs with the addition of customized promotion alerts, mobile charging and social interactions designed to meet both entertaining and functional demands.

A new addition to Intel’s range of UAV offerings, the Shooting Star Drone is purpose built to create multi-dimensional animations in the night sky. These drone light shows, which can involve upwards of 1,000 drones, can all be controlled by a single operator on a single computer. In 2018, intel used 2,018 Shooting Star drones to create the world’s biggest UAV light show in celebration of the company’s 50th anniversary.

Designed by former NASA astronaut Scott Parazynski, the FT AViator system by Fluidity Technologies is an intuitive drone controller that “anyone whether they’re eight or eighty, can pick up and begin using immediately.” The system uses a unique single-handed design and independent 4-axis control, it simplifies and improves drone flying and image capture.

Designed by Chinese aircraft manufacturer, Yuneec International, the Mantis Q is the world’s first mass market drone that combines physical inputs and voice commands. Voice controls allow the user to power on, take a photo or begin recording video without letting go of the drone’s controls.