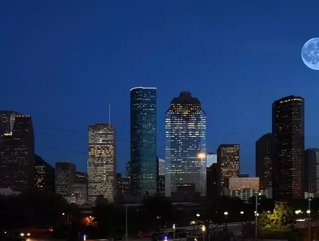 Business Chief explores Houston, Texas, a diverse hub of business and innovation, and home to some of the country’s most enterprising space-centric startups.

The most populous city in the state of Texas and the fourth most populous in the United States, Houston is home to over 2.3 million people. Houston is very much a multicultural city: its residents are among the youngest in the country, speak over 90 languages and the metropolitan area lays claim to the third-largest hispanic population in the US. ‘H-Town’, as it’s known, is also one of the nation’s leading business hubs. With the exception of New York, Houston is home to the most Fortune 500 companies in America.

Also nicknamed ‘Hustle Town’, the city’s spirit of entrepreneurship and innovation is perhaps most iconically embodied by the moniker ‘Space City’. Located on Galveston Bay, looking out across the Gulf of Mexico, Houston is hosts NASA’s Johnson Space Center, where the organization’s famous Mission Control Center is located. With 2019 marking the 50th anniversary of the moon landing, hailed by many as one of humanity’s crowning achievements, Business Chief takes a look at some of the Houston native companies continuing to uphold the legacy that earned Space City its name, according to a report by InnovationMap.

“The world is moving towards automation through artificial intelligence – for good reasons. It can provide consistent reliability, sustainability and exceptional performance, often surpassing our brightest minds. Our mission is to render our precious orbital machines fully autonomous, such that we can fully rely on their invaluable services from Space – a domain that is becoming increasingly crowded and complex.”

As AI-driven automation continues to permeate almost every aspect of the business landscape, one former NASA specialist, Guy de Carufel, is working to bring this cutting edge technology to the approximately 2,000 operational satellites currently orbiting the Earth’s outer atmosphere.

With the planet rapidly becoming cloaked in an ever-thickening blanket of space junk (NASA reported in 2017 that there were more than 25,000 pieces of debris larger than a softball orbiting the Earth) the need for efficient organization of spacefaring technology is greater than ever.

Founded in 2018, Cognitive Space is based in Houston and is currently working on the production of a prototype product in preparation for an upcoming seed round expected by the end of 2019.

In addition to space, one of Houston’s most significant industries is oil and gas. For both, the production of CO2 is a major issue. Founded in 2017, Cemvita Factory aims to provide “economical solutions for a sustainable future, on Earth and on Mars.” The people behind this biotechnology startup’s lofty goal are brother and sister team Moji and Tara Karimi.

A member of the Capital Factory Accelerator Program, Cemvita Factory plans to use its proprietary CO2 Utilization platform in order to mimic the photosynthesis process found in plants “by simultaneous uptake of solar energy, water, and processing of carbon dioxide to produce nutrients, pharmaceuticals, intermediate chemicals, and polymers.”

In an interview with Space Bandits, Moji Kamiri said: “We fundamentally solve the food problem for deep space exploration and survival on Mars. Planning on taking food to space is very risky and astronomically expensive ($100k/kg to Mars at a minimum). We believe the optimal solution is a mix of all but cannot only rely on taking the food with us.” The company has reportedly had success creating glucose from CO2, a huge step in the process of making space travel a sustainable endeavor. The sustainability implications of harvesting CO2 from Earth’s atmosphere and converting it into usable chemicals that no longer damage the environment speak for themselves.

When asked by InnovationMap about Cemvita Factory’s home, Tara Kamiri said: “We're in Houston, and we have a technology that is from biotech and have applications in the space industry and the energy industry. There would not have been any better place for us in the country than Houston."

Founded in 2013 by ex-NASA colleagues Samantha Snabes and Matthew Fiedler, re:3D is changing the digital manufacturing game. The company’s flagship product, the Gigabot, has an eight cubic feet build volume and is by far the most competitively-priced industrial printer on the market for its size and price point, with a retail price of $9,000.

Bootstrapped from the ground up using crowdfunding sites like Kickstarter, re:3D’s crusade to democratize the capabilities of industrial 3D printing has captured the imaginations of donors across the world. The company’s customer base now comprises an esteemed group of specialty manufacturers, engineers, designers, universities, and hobbyists in over 50 countries around the globe.

Invested in its local community, re:3D works with other Houston residents to support a large number of sustainable projects, from developing children’s social skills through Dungeons & Dragons (re:3D printed every child an individual miniature of their character) to 3D printing sustainable energy solutions after Hurricane Maria.

The company occupies headquarters a few streets away from the Johnson Space Center and, along with the other startups on this list and scattered across the rest of the city, embodies the pioneering and adventurous spirit that, half a century ago, drove NASA to put a man on the moon.