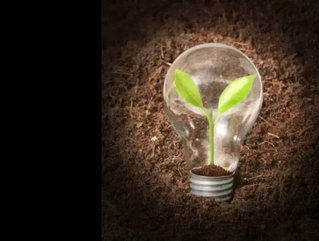 A report published last month by Analytica Advisors claims that Canada’s clean tech industry is growing faster than every other major sector of the nation’s economy.

Analytica Advisors, an Ottawa-based consulting firm, tracked the industry’s growth between 2008 and 2012 and found that the clean tech sector grew by nine percent in 2012 alone.  That same year, clean tech companies directly employed 41,000 people in Canada and generated $11.3 billion in revenues.  The report’s findings are based on a survey of more than 700 primarily small and medium-sized companies.  Analytica projects that Canada’s clean tech sector could grow into a $32 billion industry over the next decade, directly employing up to 120,000 people by 2022.

Several organizations within Canada are actively supporting development within the clean tech industry.  Sustainable Development Technology Canada (SDTC) has been working with numerous clean tech companies in Canada to develop promising clean technology projects within the country.  The SDTC is a non-profit foundation that finances and supports the development and demonstration of clean technologies that provide solutions to issues of climate change, clean air, water quality and soil.

The remediation industry plays an important role in clean tech.  Ontario-based SiREM provides unique, science-based products and services to the remediation industry.  The company’s focus is on the remediation of chlorinated solvents and other recalcitrant chemicals.  According to their website, SiREM offers bioremediation, zero-valent iron and chemical oxidation treatability studies, molecular genetic testing for dechlorinating bacteria and bioaugmentation cultures.  The SDTC reportedly helped SiREM demonstrate the first Canadian application of KB-1 to contaminated sites.

Natural Gas is also synonymous with clean tech.  Westport Innovations develops alternative fuel, low-emissions technologies to allow engines to operate on clean-burning fuels such as compressed natural gas, liquefied natural gas, hydrogen and biofuels such as landfill gas.  The Vancouver company is the global leader in natural gas engines. Westport works directly with top global truck and engine manufacturers in North America, Europe and Asia. The SDTC helped Westport take an idea out of the lab at UBC and apply it to the real world by putting five proto-type trucks on Canada's busiest highway.

Calgary’s Titanium Corporation creates value from oil sands waste tailings by recuperating and selling bitumen and high-value minerals and solvents while reducing the water demands of the oil sands mining industry.   Due to their work at the Canadian oil sands—the second largest oil reserve in the world—Titanium was able to develop a multi-stage process to separate zircon from the soil.  Zircon is a valuable element highly sought by ceramic tile makers.  Without Titanium’s separation process, some $1 billion in commodities would be lost at the site.  The SDTC helped Titanium prove to oil sands operators that they can recover of 80 percent of the bitumen lost in tailings, 75 percent of the solvent and 95 percent of the valuable heavy minerals like zircon.

Water is a precious resource, especially with worrisome drought occurring all over the world.  Pure Technologies—also based in Calgary—is a world leader in the inspection, monitoring and management of physical infrastructure such as water, wastewater and oil and gas pipelines.  The SDTC helped Pure develop two pipeline inspection tools that are currently in use around the globe in cities such as Manila, Dallas and Mexico City.  Pipediver is a tool easily inserted into a pipeline that swims through pipelines to detect wirebreaks while Sahara is a small tool that can identify tiny leaks that might be missed by more invasive technology.  The company is leading the way in condition assessment through the use of electromagnetics and acoustics, resulting in less water wasted and less money spent.