Comparing Apple to the Rest of the World 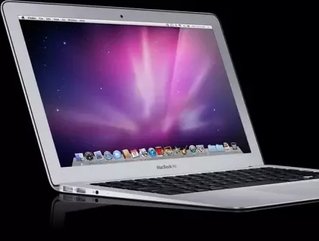 I was in the market to buy a new laptop this month for personal and professional use and couldn’t help but find myself lured into the Apple and iMac hype. I work on a PC at the office and at home, yet I found myself transfixed on the striking, halo-like glow of an apple on the outside of a sleek and super sexy MacBook Air. Don’t get me wrong, I love the Microsoft operating system and I love the ease of use that it entails. But for some reason, the aesthetics of a lightweight, super thin status symbol was calling my name – but the price tag wasn’t.

What’s so special about MacBooks that Apple can get away with charging upwards of $1400 while PCs go for nearly half the price? Are Macs twice as good as PCs? Because that’s what the price tag is saying. Here is my attempt at figuring out what the hype is behind the MacBook Air and other iMacs and how they size up to competitors in the PC world.

IT’S ALL ABOUT STATUS

You hear it from people every day: “When I was a kid, my mom always bought me the generic clothes/snacks/shoes, etc. because we could never afford the real thing, but I still wanted to look cool!”

From childhood, we’re taught that certain brands are superior and are made to show off to our friends. And if we don’t don these brands and products, our peers will think less-highly of us. This is true when it comes to electronics. While consumers may say that it’s their choice when it comes to the brands, operating systems and software they buy, what they really want to say is, “I really didn’t want to spend almost twice as much for a MacBook, when I could buy a similar laptop under the HP, Samsung, or Sony brand for less.”

I’ve worked in the print and online magazine business for the last four years and every graphic designer, art director, advertisement builder, and so on has preferred to work on a Mac. Some users prefer PCs because they can pick and choose which programs they want to install. With Macs, computers come equipped with every program imaginable and most users are happy with all of its components, even when they come across programs on a regular basis that they never knew they had or how the program worked.

But at the same time, everyone else working in the office is on a PC. Mostly because PCs and operating systems are more of an open platform and universal program that many office workers have adapted to using.

The age-old question has always been: “Do PCs use cheaper parts to reduce their price tag, leading to a shorter product lifespan?” Mac supporters always claim that the reason they pay more up-front for their computer is because their Macs outlast the standard PC. Apple fans say the company only uses the highest of quality components and doesn’t even try to compete in the low-end market because it knows its customers will only endure the backlash in the long term.

Mac followers claim that PC users who purchase low-end PC laptops always end up buying a replacement within just a couple years, while they’re fully in love with their MacBook for at least five years. And when it comes time for an upgrade, Mac users say that they can sell their old computer for a good price to those looking for used devices.

When people sleep outside for and can’t stop talking about the latest Apple product hype, you can just tell that Apple is doing something differently with its product offerings and customer service. From compassionate television advertisements, friendly and knowledgeable employees, and effective marketing campaigns, the Apple culture and brand loyalty didn’t just happen over the last few years, but rather has been well-thought out by Steve Jobs and his posse.

By offering a limited number of models of products that support the most common computing activities, Apple has recognized that their brand is just as important as their products and they have targeted consumers who appreciate quality products and are willing to pay for it.

Although a MacBook Air might not be the best option for everyone, more and more people are discovering the usability and aesthetics behind each Apple product and that the difference in price is well worth it.