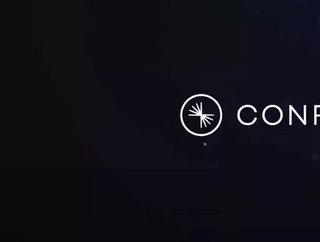 Government data is vast and complex to manage. Confluent is partnering with the US Air Force to enable mission to process and react to data in real time

Setting data in motion. That’s Confluent in a nutshell. For years, companies in the commercial and public sectors have collected data, then stored it, unsure or unable to unlock its true potential. Confluent was formed in Silicon Valley around seven years ago. It’s purpose? To set data in motion and bring insight where and when organisations and missions need it. This transformational process is something Confluent helps a variety of different clients with, not least the US Air Force, a project which sits under the wing of Public Sector CTO Will LaForest.

“I would characterize the US Air Force as early adopters in government,” he says. “It’s been somewhat liberating – Confluent (Enterprise Apache Kafka) happens to be really well aligned with the needs and mission of the Air Force. They have a ton of examples where they’re handling data in motion, so they need to rapidly process and react to data events in real time and they need to do this with globally distributed operations. We have a lot of data nerds who love this sort of domain, focusing on geographic data distribution. We love this sort of challenge.”

LaForest feels there has been a sea change in the government's attitude towards technology. It has started to more aggressively adopt lessons learned from the commercial sector “working to infuse some silicon valley DNA”. It has changed the way companies such as Confluent interact with the government. “They’re embracing this new norm, where they’re working closely with technology companies on the cutting edge. There is a much more collaborative atmosphere than 20 years ago,” he says.

One of the biggest changes for LaForest and his team is cloud. But, according to LaForest, it’s not all silver linings. “Cloud is awesome, but it’s introduced a second-order problem for government: the rapid adoption of managed services.” The rise of Anything-as-a-Service (XaaS) has taken Silicon Valley by storm, but it has the potential to create issues in the complex machinery of government. “We’re investing a lot of money in public sector and we have a product that runs on prem and in Kubernetes and on the edge and in the cloud. So that works for us, but there are many other awesome technology companies that XaaS only, and this makes it hard for the government to use their capabilities since current FedRAMP can only handle a small trickle of the total firehose of cloud companies that want certification. For many in DoD FedRAMP isn't even an option.”

“Getting back to the economies of scale, the experience we have of handling data in motion across complex environments that we’ve done in commercial and government should pay dividends for the various missions. It’s about continuing to build and make the joint efforts stronger.”

The difference between commercial projects and government work comes down, in LaForest’s view, to scale and scope. “Operations span the globe – land, air, sea and space – and the variety of infrastructure and networking available impose some tough challenges on how the data will flow. And then there is the critical nature of security on top of that. Confluent is really well positioned to address this because it’s at the heart of what we do.”