Could SOPA Be Detrimental to Canadian Telecom Companies? 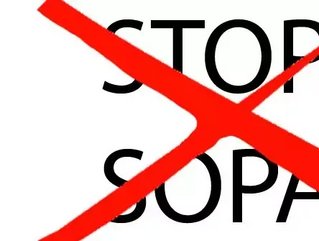 The United States’ Stop Online Piracy Act (SOPA) bill has been making technology headlines. A bill whose passage could change the Internet as we know it has resulted in Internet companies, such as Wikipedia and Reddit, holding a blackout of their site today in protest.

But, what could the bill, if passed, actually do? It would give U.S. law enforcement and copyright holders the opportunity to censor websites in cases of copyright infringement. Websites like YouTube, reddit.com, Wikipedia and more would potentially cease to exist.

What’s more is the bill could also detrimentally affect Canadian business. As Usage Base Billing (UBB) is an important revenue stream in Canada, SOPA’s elimination of time-wasting websites would not be good news for telecom companies such as Bell and Rogers.

With the passage of SOPA, websites like YouTube, Netflix, Hulu and other video streaming sites would not only have less content but could also be tied up in legal issues that could result in a potential shut down due to copyright infringement. One of the main reasons UBB is such an issue with Canadians is because of those sites and the need for instant content and video. An Internet user could easily go over their monthly allotted data usage when they utilize the Internet’s video capabilities, catching up on shows, watching cat videos and downloading music. If those opportunities are drastically cut due to SOPA, Canadians wouldn’t have as hard of a time staying within their data budget as there wouldn’t be much data used in daily Internet use( a good thing for consumers, but not for ISPs in Canada).

In the end, UBB may not be affected for the long term as Internet users would eventually find something to focus on, but usage would definitely drastically drop with SOPA’s passage. Canadian telecom companies should not support SOPA and should let the U.S. know that they want the Internet to remain in its current form.