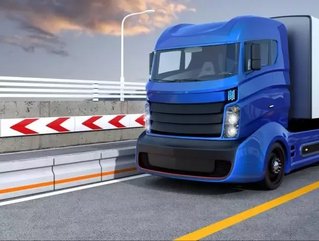 The North American Trucking branch of Daimler AG, the company behind Mercedes, has announced that it will be testing digitally connected driverless trucks on selected US highways in Oregon and Nevada.

The autonomous trucks will be tested in a platooning operation, with long highways being predominant for this kind of trucking. The vehicles were tested successfully previously, but have now received the green light for further testing whilst pairing multiple trucks.

The initiative is in reaction to increasing customer interest in the automated and connected driving market of commercial transport, a sector that new autonomous technologies are largely going to be geared towards.

“We see growing customer interest in platooning. This technology stands for more efficiency and safety. Platooning technology is not meant to replace drivers – it’s designed to help drivers. When the world is ready for platooning, DTNA will have a proven solution,” said Roger Nielsen, President and CEO of Daimler.

“Right now, we are driving Freightliners in platoons every day. I have personally driven one of our trucks in a connected mode. My experience has been impressive.”

The company is staying ahead in order to retain its predominance in the North American truck market, with its Freightliner and Western Star brands accounting for 40% of the regional market share.

The announcement was made at the North American Vehicle Show, held in Atlanta between 24th - 28th September, an event that featured some of the biggest names in the industry including Cummins, Navistar as well as Freightliner.