The death of the PC? 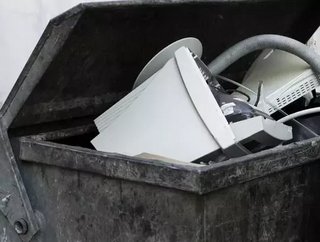 With the rise of companies such as Samsung and Apple releasing new technology that allow users to turn their phone into a desktop computer, are we on our way to seeing mobile technology wipe out the PC?

Samsung has recently released its new DeX accessory, which has been designed for the Samsung S8. Apple, on the other hand, has released a new patent design which will transform an iPhone into a MacBook.

Samsung’s new DeX dock accessory will allow the user to turn the phone into a desktop PC and will support a monitor connection via HDMI, keyboard and mouse, in addition to two USB ports which will help expand the Galaxy S8’s capabilities.

The desktop mode supports Android apps, but the user will be limited to how well the apps are supported on larger screens, as most apps are not currently optimised for this type of usage. To this effect, apps such as Microsoft Office and Adobe’s mobile creative suite will work best.

However, the recently published Apple patent, the ‘Electronic Accessory Device’, looks like it is well on its way to turning iPhone’s into fully-functioning laptops. A dock which has been built into the surface of the accessory that users can plug their iPhones into could mean consumers need no longer buy a separate phone and laptop.

Nonetheless, this kind of technology has been tried before. Motorola tried and failed with the Atrix a few years ago, and more recently, Microsoft has been putting its effort into Continuum on Windows. Whilst the new Samsung DeX is still fairly basic, it is uncertain if the Apple patent will even become a reality. For now at least, it seems that mobile to PC technology simply won’t be able to compete with desktop computers.