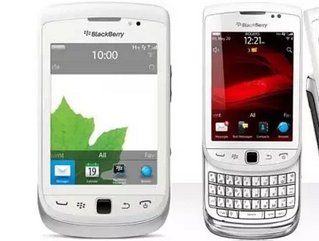 Last weekend, thieves made off with around $1.1 million in BlackBerry smartphones. Happening sometimes between August 19th and 20th, suspects stole from a Mississauga warehouse.

According to the Peel Regional Police, thieves entered the warehouse and stole three skids of packaged smartphones which results in 2,700 phones stolen. The BlackBerrys in question are described as white or grey BlackBerry  Torch 9810s. Of the stolen phones it is speculated that 900 are grey and 1800 are white.

Peel Regional Police say there is no suspect information at this time.

The BlackBerry Torch 9810 is a touch screen smartphone with slide-out keyboard, the first BlackBerry to feature the combination Querty keyboard and full touch screen experience. Featuring a 5 MP camera with flash and 720p HD Video recording, the phone provides ease of use when capturing fun moments. Offering consumers the BlackBerry 7 OS, and 8GB of memory, the phone has been successful on the market.

RIM’s recent volatility in the marketplace has been an issue for investors and consumers alike. The BlackBerry 7 OS, included on the BlackBerry Torch 9810 may be a saving grace.

“With the launch of BlackBerry OS7, RIM’s new portfolio will benefit from a number of enhancements. Particular attention has been paid to further improving web browsing, incorporating HTML5 capabilities, and to a usability with a range of improvements to the user interface that have improved the overall BlackBerry experience. The support of NFC in the new OS7 should not be under estimated. It is an acknowledgement of the importance of this feature to RIM’s operator partners, and it is an area in which Canalys expects to see significant activity and growth in 2012," said Pete Cunningham, Principal Analyst, Canalys.