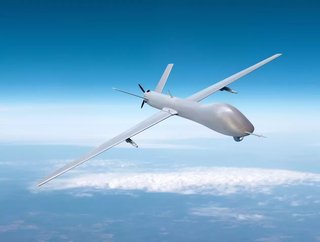 NASA has announced that it will fund a new project, headed by Dr Peng Wei, to develop safety management systems for autonomous electric aircraft

Air traffic is expected to double by 2037. According to the International Air Transport Association (IATA), the world will need 37,000+ new passenger and freight aircraft, and more than half a million new pilots—unless we come up with another solution. Right now, a George Washington University School of Engineering and Applied Science professor, Dr Peng Wei, is starting to research autonomous electric aircraft design.

NASA will fund the research, which will study how to minimise risks for electric vertical take-off and landing (eVTOL). As Airbus states: ‘Autonomous technologies also have the potential to improve air traffic management, enhance sustainability performance and further improve aircraft safety’.

Who is Dr Wei?

An assistant professor of Mechanical and Aerospace Engineering, Dr Wei has researched aircraft control, optimisation, and AI and ML applications in aviation. Over the next three years, he’ll lead the US$2.5mn NASA grant project in collaboration with researchers from Vanderbilt, the University of Texas at Austin, and MIT’s Lincoln Lab.

Why is His Research Important?

Even though the wide adoption of self-piloting cars, much less aircraft, is still far down the road, technologies that Dr Wei and his colleagues are researching will form the commercial transport of the future. But aviation manufacturers, in order to produce autonomous aircraft, will have to meet extremely high safety standards.

‘The key challenge for self-piloting capabilities is how the system reacts to unforeseen events’, said Arne Stoschek, Wayfinder Project Executive at Acubed. ‘That’s the big jump from automated to autonomous’. In the air, AI-piloted aircraft will have to manoeuvre around adverse weather conditions, such as wind and storms, and other high-altitude risks, such as GPS hacking, cyberattacks, and aircraft degradation. And the stakes are high.

‘If a machine learning algorithm makes a mistake in Facebook, TikTok, Netflix —that doesn't matter too much because I was just recommended a video or movie I don't like’, Dr Wei said. ‘But if a machine learning algorithm mistake happens in a safety-critical application, such as aviation or in autonomous driving, people may have accidents. There may be fatal results’.

What Are His Other Projects?

In addition to the new NASA research, Dr Wei has been awarded three other grants to pursue AI-piloted aircraft:

Research like NASA and Dr Wei’s three-year programme will help improve how AI reacts and adapts to challenging air conditions. In coming years, autonomous aircraft will likely take off slowly, starting with small package delivery, then upgraded drones, and finally commercialised aircraft. But congestion issues will worsen until autonomous aircraft are the best alternative.

According to BBC Future, by 2030, commuters will spend nearly 100 hours a year in Los Angeles and Moscow traffic jams, and 43 cities will be home to more than 10 million people. The final verdict? Bring on the AI-operated transit.