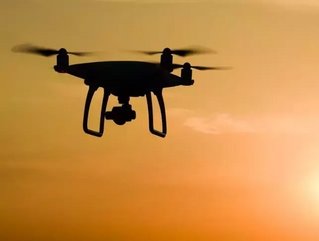 Drone Delivery Canada announced this week that it has signed a deal with the Moose Cree First Nation, an island community located 500mi North of Toronto, to provide an unmanned aerial vehicle delivery service to the island. The service, scheduled to begin in the spring of 2019, will involve drones capable of carrying up to 5 kilos making deliveries along a pre-approved route.

"It can be challenging transporting goods, especially during this time of year, when the river is freezing," Moose Cree First Nation spokesman Paul Chakasim told the BBC last week.

According to a report by Digital Trends, “tough regulations mean that full-fledged drone delivery operations in urban areas are still a ways off, but launching such services for quieter locations like Moose Factory is a useful way to test and develop the technology”.

Moose Cree First Nation director of economic development, Stan Kapashesit, told Digital Trends that he “hopes the project will prove beneficial to the cost of living while also providing an economic boost to the communities through job creation and training opportunities.”

DDC boss Tony Di Benedetto said “It’s really about trying to service communities that lack infrastructure, where basic goods are very difficult to obtain, and when you can obtain them it is very, very expensive”.

According to the BBC: “Eventually, Mr Kapashesit hopes the drone technology will also help them to create a ‘railway in the sky’, ... better connecting their own indigenous population of some 5,000 people with essential supplies quickly before then expanding to other isolated First Nation communities.”