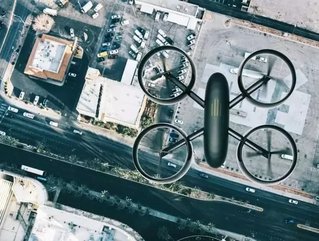 Drone Delivery Canada, a leading Canadian UAV company, has unveiled its latest product: The Condor, a cargo delivery drone with a carrying capacity of up to 400lbs. According to Skies Magazine, along with its extensive carrying capacity, the Condor’s 200km range pushes the boundaries of what was previously possible in the field of drone manufacturing.

The Condor functions using Drone Delivery Canada’s proprietary FLYTE management system, a modular, agnostic system that transfers seamlessly between multiple airframes. According to Skies, this system was used “in the fall of 2018, during its operations in Moosonee and Moose Factory, Ont, in support of Transport Canada’s beyond visual line-of-sight pilot project.”

With a wingspan of 20ft, the Condor is the largest drone that Drone Delivery Canada has produced so far. Founded in 2011, the company has spent the last 8 years working to disrupt the logistics and delivery space in Canada.

The company’s “vision is to become a key player in the Drone Delivery Industry by commercializing [its] technology to create new and innovative logistics platforms for retailers and government agencies.” Drone Delivery Canada believe options like the Condor (and its current-generation Sparrow drone) will be able to deliver products faster, easier and more cheaply than existing infrastructures.

Drone Delivery CEO, Tony Di Benedetto said of the upcoming release: “The global application for the Condor is virtually limitless. As such, the Condor is a big part of the future of DDC’s commercial operations. Having the ability to move heavy cargo long distances is a significant milestone for us that opens up many potential commercial opportunities in both Canadian as well as international markets.”

The Condor will be displayed at the TXM broadcast centre gallery in Toronto on February 19, 2019.