Drones are in the spotlight 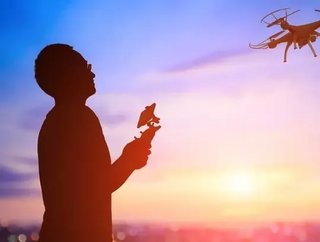 Originating within military operations, drones have now hit the mainstream market, transforming industries such as construction and making working sites safer, providing accurate data and world class results. However, drones are also becoming a large part of the advertising sector, with companies such as Amazon experimenting with the technology, enabling drones to deliver orders and reduce delays. The UK has seen the beginning of drone delivery via Amazon’s ‘Air’ service, but it is yet to hit the US as a permanent feature.

Nonetheless, the subject of drone delivery was bought back into the spotlight at the US Superbowl through the Amazon Air advert, highlighting a couple sitting on a sofa together with a bowl of Doritos between them. Whilst the man is licking his fingers, then dives his fingers back into the bowl for more, his other half does not look impressed, and calls for Alexa to “reorder Doritos from Prime Air”, of which Alexa responds and the drone appears.

Amazon’s drone delivery has been in the pipeline for a while, yet other companies are filling the void by launching their own drone services for customers who want quick delivery of products, with a first-class service. However, Amazon has claimed that once drone deliveries are embedded within their core operations, the technology will enable the drones to fly for approximately 10 miles.

The use of drones was also evident with the US Superbowl halftime show, enhancing Lady Gaga’s performance and creating a spectacular show. It has recently been revealed by TechCrunch that the shooting stars were part of Intel’s Shooting Star Programme, where all 300 drones were controlled via one source, are easily assembled and are constructed in Germany to create a lightshow, controlled by two people.

Intel have stated that the next step is creating a fleet of drones, which Intel’s Light Show Business Lead Natalie Cheung states is part of a new drone, which is “lightweight, with a propeller cage, to ensure that everything is done safely and securely”. The company are communicating regularly with the FAA with any new developments to develop it further and create further technological innovations and business opportunities worldwide.