E3 2011 attendance soars above years past 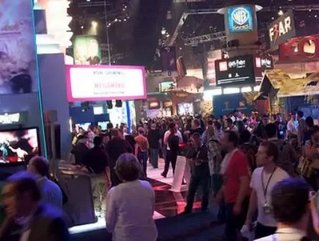 E3 is in its last day and the globally-recognized gaming expo has definitely made its mark not only within the industry, but also in the city of Los Angeles. More than 46,000 game industry professionals, retailers, exhibitors, media professionals, celebs, and investor analysts attended E3 2011, according to numbers released by the Entertainment Software Association (ESA).

More than 200 exhibitors unveiled their latest interactive games, entertainment, products, software, and so many other toys that we couldn’t get enough of this year. More than 120 retailers from 18 countries were also in attendance of the gaming Mecca and showed off some pretty impressive toys. E3’s international scope also grew this year with representatives coming from 106 countries, up from the 90 countries in 2010.

And what do you know? ESA has already announced the E3 2012 dates: June 5-7 in Los Angeles at the Los Angeles Convention Center. E3 2011 contributed more than $25 million in revenue to the city of Los Angeles.

“This year’s E3 propelled video games to the pinnacle of the entertainment world. The industry’s innovation, creativity, and excitement combined to show the world the ultimate entertainment experience,” said Michael D. Gallagher, president and CEO of the ESA, the trade association that represents U.S. computer and video game publishers and owns E3. “The positive news generated by the event reached all parts of the world, and we are looking forward to building on this great momentum in 2012.”

“E3 2011 was phenomenal,” noted Gordon Bellamy, executive director of the International Game Developers Association. “The event showcased the best of our craft and the outstanding work of the industry’s developers. E3, once again, proved that video games are a dominant force in entertainment and are changing the way we live, work, and play.”

We'll see you at E3 next year!