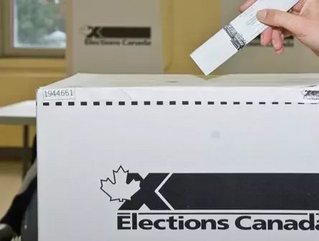 In an official report from Chief Electoral Officer of Canada, Mark Mayrand, on the 41st General Election of May 2nd, Mayrand has announced Elections Canada’s pursuit of electronic voting.

Mentioning the fact that Canadian society continues to experience rapid change, Elections Canada has seen expectations of more convenient government services. Along this line in general, Canadians are increasingly expecting to be able to conduct business online. Thus Elections Canada has been pursuing the option of providing e-services, says the report.

Additionally, in pursuit of this goal,  Elections Canada is calling for the possibility of alternative authentication methods in voting, transmission of information and filing of returns other than the traditional signature.

Online voting wise, Elections Canada plans to carry out studies on alternative voting methods and test the possibility of an electronic voting process in pursuit of use during general elections and by-elections, subject to approval from the House of Commons and a Standing Senate Committee. Analysis on Internet based voting as a convenient way of casting one’s ballot has already been pursued by Elections Canada. Approval for this new electronic voting process is a goal of the Chief Electoral Office to be offered in a by-election held after 2013.

This report shows that Elections Canada is clearly recognizing technology’s abilities and use in day to day operations. Advancing this goal could potentially encourage more citizens’ participation in elections in general, an important objective.