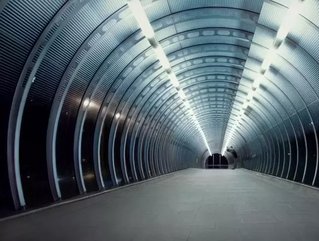 The Boring Company, SpaceX-founder and billionaire Elon Musk’s construction company, will open its disruptive new tunnel beneath Los Angeles on December 18th. Located in Hawthorne, California, the Boring Company’s test tunnel will run from “SpaceX property (parking lot east of Crenshaw Boulevard and south of 120th Street)... under 120th Street for up to 2-miles”, according to the company.

Most interestingly, Musk tweeted on Thursday that the launch will be “more than a tunnel opening. Will include modded but fully road legal autonomous transport cars & ground to tunnel car elevators.”

According to a press release, “the purpose is to demonstrate that a lift can be built in very small footprints and within existing buildings, whether they are houses, office buildings, or retail parking lots.  Looking forward, one could have a lift in the basement of every office building, allowing extremely convenient commutes.” Engadget reports that the vehicles operating in the tunnel will travel at over 150mph.

The launch of the tunnel was initially planned for December 10th, but technical issues have caused construction to be delayed by slightly more than a week.

According to the Chicago Business Report, “Musk’s idea for a network of tunnels to beat Los Angeles traffic took shape in December 2016, when he tweeted ‘Am going to build a tunnel boring machine and just start digging.’ Two years later, he has projects underway in Los Angeles, Chicago, and Washington”.

Due to ‘unbelievably’ high demand, participation in tours of the test tunnel are to be by invitation only.