By Kirk Wolfe, VP of Corporate Development
May 19, 2020
undefined mins 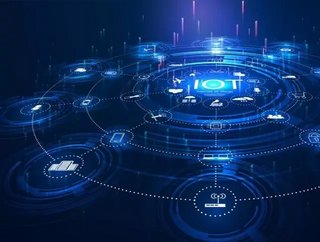 Often, change isn’t a linear process. A perfect example of this lies with the ‘Internet of Things’ (IoT).

After a gradual build, with the predominant focus being on consumer technology such as smart-watches and fitness trackers, the IoT is now driving a rapid evolution in the business world.

The network’s edge is set to expand exponentially within enterprises, as IT departments seek to collect data to gain efficiencies in energy usage, workplace safety and collaboration tools. This undoubtedly represents progress for businesses — in fact 88% of IT decision makers state that IoT devices will make their workplaces more effective.

However, advancement comes with challenges. With such a large quantity of IoT devices being added to internal networks, regularly delivering essential updates could prove an almost insurmountable obstacle for IT teams. Especially given that these devices come complete with a wide range of update schedules and operating systems.

Indeed, Kollective’s research has revealed that over half of IT departments think it will be impossible to keep enterprise IoT devices up-to-date all the time. If this prediction proves accurate, the repercussions could be alarming for organizations of any size —from small and medium enterprises to global conglomerates.

If businesses are unable to overcome this problem, they risk having devices that lack the latest functionality and that pose a security threat to their networks.

Perhaps the sheer scale of the hurdle that IT organizations have to jump is best illustrated by a simple fact: they already struggle to distribute Windows 10 and line-of-business application updates to the desktops, mobile phones and laptops currently connected to their networks.

And, telecommunications company Ericsson reports that there will be as many as 18 billion IoT devices by 2022. Admittedly, some of these devices will be for consumers and used in the home — however many will be added to enterprise networks.

This represents a sea-change in the way IT departments will need to operate. The IoT offers a vast variety of benefits — from automating processes to enhancing asset utilization and even reducing maintenance costs; But, only if the devices are able to function effectively.

Additionally, the security liabilities of devices that are left without regular updates cannot be overstated. Kollective’s research shows that 55% of IT leaders believe that security risks are the primary barrier in IoT adoption for enterprises.

Lagging behind could have serious consequences for late-adopters, with rival companies benefitting from first-mover advantage and racing ahead in terms of digital transformation.

Organizations will have to contend with the security challenges that come with this huge increase in edge devices on their networks, provided they don’t want to be left trailing in the wake of the IoT revolution.

Large-scale IoT networks are the future. Distributing updates quickly and securely to the to all endpoints within the organization sometimes in remote regions across the globe, will be a vital component of business operations moving forward. Enterprises that want to stay competitive must invest in endpoint management.

So, what is the solution to this looming issue? When Kollective asked IT leaders what could be done to help them reach the edge of their networks more effectively, almost half (47%) said increased investment in software-defined networking infrastructure.

Without putting any additional strain on their networks, a Software-Defined Enterprise Content Delivery Network (SD -ECDN) can keep thousands — if not hundreds of thousands — of  devices up-to-date, right to the very edge of the network. This architectural approach allows networks to be controlled centrally and intuitively through the use of software alone.

Replacing existing hardware, or dramatically increasing the amount of bandwidth available, are both costly and time consuming endeavours. Being able to distribute updates to the network edge using their existing architecture is already critical for businesses looking to update laptops, mobiles and PCs. As such, there’s no reason why — in the future — the same technology couldn’t apply to the IoT.