eReaders, tablets, and digital tools to assist in further education 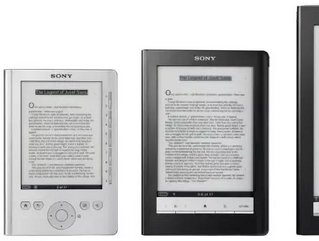 In an age where students are taking untraditional routes when it comes to higher education and their tools, we’re taking a look at what’s new in the eReader market. As less and less people rely traditional textbooks and libraries to gather their needed information, and more and more students go to digital textbooks and the Internet to get what they need, eReaders are becoming ever-popular in classrooms and Ivy League campuses around the nation.

Bookless libraries seem to be the buzzword these days on college campuses and offer rows of computers and access to millions of electronic platforms and items to better assist with students’ education. Take for instance Drexel University’s new Library Learning Terrace which opened this June.

Scott Erdy, designer of the new library says that the space promotes open and flexible space, movable furniture and a wall that acts as one giant whiteboard allowing students and staff members the ability to transfer knowledge. Danuta Nitecki, dean of Drexel’s libraries tells Time.com, “We don’t just house books, we house learning.” It looks like Kansas State University was the first to go bookless in 2000 with its engineering library and Stanford University and the University of Texas at San Antonio followed suit in later years.

Read on about what’s new in the eReader market, whether it’s new devices, apps for students, or digital textbook programs that are taking students into the digital age even further.

Just in time for the back-to-school shopping season, Amazon announced its new Kindle Textbook Rental which will allow students to save up to 80 percent on its retail prices of textbooks – while also promoting its popular eReader device. Students can rent out eBooks from the Kindle Store instead of buying them the traditional way. Amazon says that tens of thousands of textbooks are available as students start the 2011 school year. Rental length options equally abundant ranging between 30 to 360 days.

Students only pay for the time they need a text book and can extend rentals in specific time periods, like a single day or even convert a rental to purchase it at a discounted rate. Additionally, students can even access their notes and highlights after their rental period ends by visiting Amazon’s website. The company already announced that it will launch a free version of its Kindle Lending Library later this year so we can imagine consumers will be keeping an eye on this sector of the business.

The ever-popular Kindle by Amazon was one of the first ways to read digital books and became a standard toy when traveling, hitting the beach, and pretty much any other opportunity when users knew they would be in need of a distraction for a couple hours. The Kindle is sleek, light, has a battery life of up to two months, stores up to 3,500 books and can download new books in 60 seconds.

The best part of the Kindle has to be the built-in Wi-Fi in addition to its 3G wireless capabilities so you can search the web for new reading ideas. If you don’t mind constant advertisements, the Kindle 3G with Special Offers is $50 cheaper and offers special offers for Amazon.com gift cards and sponsored screensavers.

In our opinion, Apple’s tablet devices are the prettiest ones out there. From better graphics, usability, and special programs designed for better efficiencies, the iPad is always our top pick for eReaders and beyond. The next generation iPad device is in the woodworks and the term “iPad HD” seems to be the buzzword around the block.

Reports are coming out saying that the next-gen device will be equipped with the Retina display that made Apple’s iPhone so loved. It’s also been leaked that Samsung and LG have both provided Apple with high-resolution LCD displays that are being quality tested at Apple’s China facility. While the next-gen device will probably hold on to its 9.7-inch display, its resolution is allegedly going to be quadrupled and we can imagine the price points will be equally hefty.

Sony’s Reader Touch Edition offers a 6-inch clear touch screen that reads just like a real book. Page turning is easier and content can be purchased from the online Reader Store if you’re looking for new releases and best sellers. More than two million free titles are also available, as well as links to borrow eBooks from local public libraries is another novel option provided by the Sony Reader. The Reader’s 2GB of storage space allows you to hold up to 1,200 books.