eSports revenues set to soar over next five years 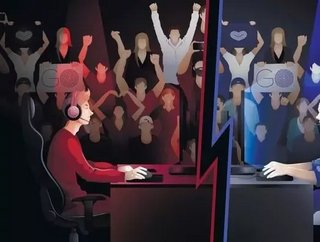 eSports is forecast to be one of the fastest-growing segments of the entertainment and media industry over the next five years, according to a new report.

PwC's 2017 Global Entertainment and Media Outlook projects that eSports revenues will almost treble from $108 million in 2016 to $299 million in 2021.

“The development of eSports has grown at a breakneck pace in the U.S. over recent years, receiving perhaps its biggest boost into the mainstream when ESPN began covering major events on both its streaming and regular channels — most notably the August 2015 final of The International, a tournament for Defense of the Ancients 2,” said the report.

The popularity of eSports has mushroomed in recent years, with tournaments selling out arenas such as New York’s famous Madison Square Garden and the Staples Center in Los Angeles in 2016.

Its increasing popularity was illustrated in September last year when NBA franchise Philadelphdia 76ers a controlling stake in two professional eSports franchises, Team Dignitas and Apex, which they merged under the banner Team Dignitas.

The 76ers handle the day-to-day operations including player recruitment, marketing and sales for the team.

PwC’s report noted: “If the space continues to grow exponentially, sports teams such as the 76ers that become early movers will have the upper hand — as well as a usefully sized stadium for hosting tournaments.”

The NBA is something of a trail-blazer in the eSports area, having announced plans for 17 of its teams to participate in its inaugural NBA 2K eSports league in 2018.

And the league is also exploring the possibility of launching a second eSports league for China in a bid to tap into the world's second largest economy.

“When you factor in not just filling arenas, but the content offering and what that can do with the millions of people watching it online, we think the sky's really the limit,” NBA China CEO, David Shoemaker,  recently told CNBC on the sidelines of the annual Consumer Electronics Show Asia.