The evolution of the Leica camera business 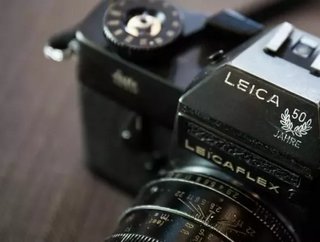 Since its original conception by Oskar Barnack in the early 1900s, the lightweight, practical Leica camera was originally produced for photographers who wished to capture stunning landscape shots. Originally known as Ernst Leitz GmbH, Leica Camera AG has since gone from strength to strength, developing their cameras and expanding their range to incorporate well-renowned rangefinder cameras alongside standard use cameras.

Although in a competitive sphere, with companies such as Sony, Panasonic, Nikon and many more providing high-quality cameras, the influential camera brand is popular not only with street photographers and camera enthusiasts, but have also won international acclaim for their designs of cine lenses, such as the Leica Summilux-C lenses. Their lenses are known to be incorporated within a number of Panasonic Lumix cameras and video products.

The company begins developing their cameras and lenses which will be implemented into their models.

The rangefinder camera Leica I is released.

Further editions to the Leica I are released.

The company releases their Leica M3 camera, alongside the Leica M Mount, which has since remained unchanged. The model merged both rangefinder and viewfinder and was an instant success.

The camera model remained popular until production ceased to make room for newer, more sophisticated models within the M series.

Upon Barnack’s death, the company released a number of single-lens reflex cameras, such as the Leicaflex and rangefinder camera M5

The company releases their Leicaflex SL2 and Leica R3 cameras. The company has since released further editions.

The Leica R8 and Leica R9 were launched, but have now ceased production as a result of newer, more established models.

The company also launches the Leica S1 Pro in 1996.

The company releases its first digital camera within the M brand, the M9 rangefinder. The DSLR camera, Leica S2 is also released, but has since been replaced by newer models Leica S and Leica T.

Leica release their digital compact camera range, with the release of their C, D-LUX and V-LUX bridge camera ranges, alongside the introduction of the X models.

The D-LUX, V-LUX and X ranges are developed to incorporate further editions

The release of Leica’s first instant camera, Leica Sofort, available in 3 different colours and incorporating first-class technology highlights how the company is increasingly moving towards utilising innovative technology in order to remain competitive and appeal to market demand.