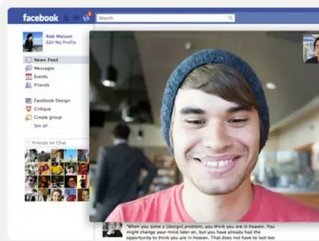 At a press event in Palo Alto, CA today, Facebook has announced its newest feature: video chat. Available through a partnership with Skype, video chat will bring user’s conversations to life.

Titled “Video Calling” Facebook users will be able to connect face to face. Skype-backed video calling will officially be available on Facebook to everyone in a few weeks, built right into its chat. To use the feature, a user will only have to click the video call button at the top of their chat window.

“For those of us who have been working on this, it's particularly exciting to bring video calling to over 750 million people. We're making this available in over 70 different languages, so friends can stay in touch all over the world,” said Philip Su in an official Facebook blog.

This announcement has been speculated to be  a response to Google’s unveiling of Google+ last week which also features video calling. Either way Facebook seems to be keeping up in the social media world, providing new features that have real potential for popularity.

Available on Mozilla Firefox, Google Chrome, Internet Explorer and Safari, the feature will be readily available to everyone.

Other upgrades to the Facebook chat service announced at the event were a new sidebar that features the people you message most and new group chat capabilities.