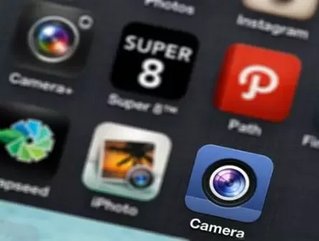 Why did Facebook pay $1 billion for Instagram? Perhaps that purchase had something to do with this week’s release of Facebook Camera—the social network’s own photo-sharing app, which it began developing before it snagged trendy Instagram.

As such, tech analyst reviews of Facebook Camera have so far been mixed. Forbes contributor Patrick Moorhead called it “one of the best photo apps [he has] used,” but Ian Paul from PCWorld pointed out that Facebook’s unfiltered access to his entire friendlist  has turned out to be an undesirable feature.

“Basically, I saw the kinds of photos you always see on Facebook,” Paul said. “And that’s when it hit me: Facebook Camera sucks. But it’s not the fault of Facebook or the app itself, it’s because my Facebook friends generally share crappy photos. And I’ll bet yours do too.”

At any rate, as it stands, Facebook Camera isn’t going to take much shine away from Instagram, which now boasts over 50 million users. But now that Facebook owns its most formidable competition, it doesn’t have to outshine it. Smart move, Zuckerberg.

And, hey—at least the Facebook Camera vs. Instagram conversation will pull a few eyes away from Facebook’s IPO debacle for a little while.