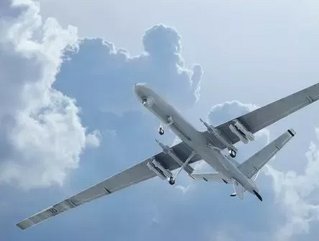 According to reports, Facebook is interested in acquiring Titan Aerospace, a manufacturing company that makes drones capable of flying at high altitudes for more that five years at a time. Titan Aerospace drones have the potential to replace satellites and cost in the region of $60 million each.

The company, which was launched in 2012, specializes in solar-powered, high-flying drones known as atmospheric satellites, which are believed to be a cost effective alternative to orbital satellites. TechCruch has reported that Facebook is likely interested in the drones, which can fly as high as 20km, as part of its internet.org initiative.

Facebook founder Mark Zuckerberg took to the stage at Barcelona's Mobile World Congress last month to elaborate on internet.org and its plans to connect five billion people to the Internet in developing nations. The drones could be used to blanket large areas of Africa and other countries with Internet access.

According to TechCrunch, Titan Aerospace would be fully committed to the internet.org project, post acquisition and that it would start building 11,000 drones for the effort. Facebook has also confirmed its long-term involvement with the project, with Zuckerberg pledging to spend significant amounts of money without a likely return on investment in the near future.

The Titan Aerospace drones could provide an ideal platform for expanding the footprint of mobile broadband, and help Facebook both connect more people and expand its user base in developing markets like Africa.