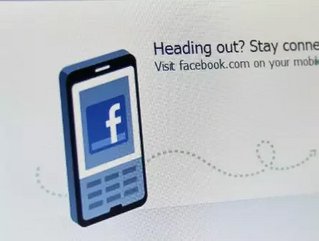 Last week we cell-ebrated the 40th Anniversary of the world’s first cell phone call. The second half of the article speculated about the rumors surrounding the world first Facebook Phone. Hold on to your smartphones, because the rumors are no more. HTC announced the launch of the Facebook phone and consumers are having mixed reviews.

Starting today, users of select Android smartphones can download Facebook Home, an interface with a suite of apps that ties users more closely to Facebook. (As if they needed a reason) The interface features a Cover feed, transforming the home screen into a feed of friends updates and Chat Heads to interact through Facebook or text, even while using their other apps.

Reactions are varied. The Facebook phone and user interface has been referred to as the ‘Second Coming for Facebook.’ Recently the social network has been losing momentum with the younger demographic and it’s rumored that the Facebook phone will drive the ‘shiny new toy’ mentality in teens and young adults.

The first generation of any new smartphone or user interface is notoriously unreliable, but the reports thus far have been fairly positive surrounding the Chat Heads. Chat Heads pop up over whatever app you’re using, so you can chat to your leisure.

Ricardo Bilton of VentureBeat reports, “I used the feature on a Nexus 7, and the whole experience seemed pretty zippy, and, surprisingly, not at all annoying. Somehow, Facebook has found a way to make persistent chat notifications — which I am instinctively wary of — a decent experience. “

Of course, not everything is perfect. He reported that Messenger does not handle situations in which you are having a conversation with someone across both SMS and Facebook chat, well. Facebook treats multi-source conversations like different threads even if they’re with the same person. Ricardo says, “That’s a bit disappointing, and sort of throws a wrench in the largely seamless Chat Heads/Messenger experience.”

While new, the Facebook phone is definitely a step forward for the social network, and we are excited to see the outcome.