Facebook Stock Tumbles as Investors &#039;Unlike&#039; Its Debut (Infographic) 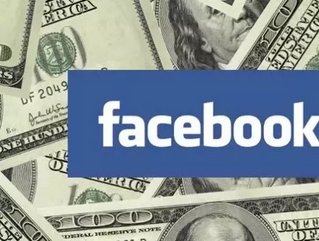 Today marks Facebook’s second day of trading as a public company and according to several investors, the outlook for Facebook stock looks unfriendly.

The plummet is Facebook’s burden to bear alone, as the broader market actually gained—the Dow Jones industrial average gained 43 points while the S&P 500 added five points and the Nasdaq seven.

Today’s performance has left some investors, particularly those hoping for early increases and profits, less than impressed with Facebook’s highly anticipated public appearance.

Here are some other analyst thoughts about Facebook Inc.:

“The late addition of 84 million shares to the offering overwhelmed demand, limiting the first day price…There are only so many people that are going to buy into a hyper-growth story.”

“It looks like they’re through spending their own money to support the price. Shareholders are lined up at the gate—they want out.”

“What is important is how much money Facebook raised and at what valuation, rather than what sort of Day One, short-term frenzy may or may not have occurred. North of $100 billion—actually, anywhere near $100 billion—is a more than respectable consideration for a company with Facebook’s underlying fundamentals.”

“Investors are increasingly aware of the risk embedded in the stock price. There are real concerns about growth and advertisers’ frequent lack of certainty about how best to use Facebook, along with rising costs and ongoing acquisition risk.”

“I’m kind of glad there wasn’t a big pop. Had this thing traded up 50 percent, it would just make the bar that much higher in terms of what the company has to deliver in revenues to avoid disappointing investors.”

Craving more info about Facebook and its record-breaking IPO? This handy MBAOnline infographic spells out everything you need to know: