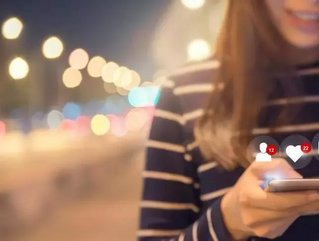 Facebook’s newly-designed Messenger app will roll out gradually around the world over the next few weeks
The social media giant said in its press release that the new version of its wildly popular Messenger app has a focus on simplicity and ease of use.
“In a recent Messenger study, 7 out of 10 (71%) people told us simplicity is the top priority for them in a messaging app,” Facebook said. “Among people surveyed who are messaging more frequently, 62% say messaging makes them feel closer to their friends.”
“We believe Messenger 4 delivers the closeness and authenticity that you’ve been asking for – through simplicity of design and powerful features that put the focus back on messaging and connecting.”
See more:
The new version cuts the number of tabs from nine to three, with features split between Chat, contacts-based People, and Discover for conversations with businesses and minigames.
CNBC said that 10bn messages are sent between users and businesses on the platform each month, but added that a significant part of the redesign process, namely the simplification of the interface, was to make it easier to find and use this facility.
According to CNBC, Messenger Vice President Stan Chudnovsky said at a press event:
“This is a new foundation that will give us the ability to start building way faster, way better and way more powerful features.”
Other quality of life improvements include greater personalization, and a “Dark Mode” to cut glare and minimize battery usage.
FacebookSocial MediaMessengerStan Chudnovsky
Share
Share