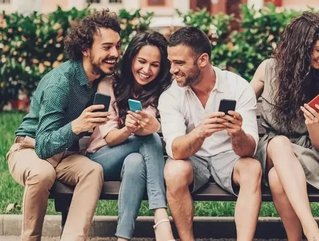 Facebook’s own video on demand service, Facebook Watch, has been released to users worldwide following its launch in the US last year
The social media giant, against YouTube and Netflix, enters a market with stiff competition, but looks to capitalize on its unparalleled userbase and social functionality.
Revenue will be generated through mid-video advertisements and short sponsored videos from media companies and content creators.
Rather than emulate the models of YouTube and Netflix, Facebook hopes to incorporate a more social aspect to its video platform.
According to CNBC, Fidji Simo, Facebook’s head of video, said: “We are really not focused on passive consumption of video”.
“Video has always been social, even before the internet, when everybody was watching the same few channels.”
One of the features Facebook is incorporating to achieve this social aim is Watch Party, which allows users to watch videos with their friends remotely in real time.
In addition, Facebook has incorporated polls and reaction options for use in real time, offering users a dynamic means to interact with and influence the content they see.
To encourage content production for Watch, Facebook has extended the opportunity to earn ad revenue to content creators in the US, UK, Ireland, Australia, and New Zealand.
See More:
In order to be eligible for the ad revenue, videos must be at least three minutes long, need to have been created by people with at least 10,000 followers, and must generate 30,000 views of at least one minute over two months.
Creators eligible for this revenue take 55% of the money generated through their videos, while Facebook retains the remaining 45%.
According to research company Zacks, Facebook has said that, since the beginning of the year, over 50mn users in the US watched videos on the platform for at least one minute, and “the total time spent by a user watching videos on Facebook has increased 14 times”.
FacebooknetflixYouTubeVideo
Share
Share