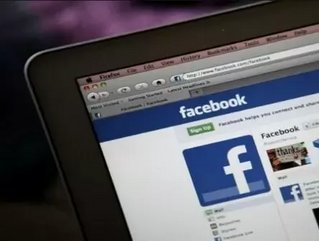 At this moment, Facebook is the undeniable King of the social networks and arguably, the King of the Internet.

But according to Ironfire Capital founder Eric Jackson, Facebook’s fate is set to change in the next decade. During a segment on CNBC’s Squawk on the Street on Monday, Jackson said that he believes that within ten years, all of Facebook’s glory and growth will fade as it falls by the wayside, much like Yahoo and AOL.

“In five to eight years they are going to disappear in the way that Yahoo has disappeared,” Jackson said. “Yahoo is still making money, it’s still profitable, still has 13,000 employees working for it, but it’s 10 percent of the value that it was at the height of 2000. For all intents and purposes, it’s disappeared.”

Jackson breaks down the web into three different generations of web companies. The first batch included web portals like Yahoo; the second brought us social media networks and Facebook; and the third encompasses mobile—a market he feels Facebook will not be able to grasp. Even with the introduction of Facebook Camera, the possibility of a Facebook phone and the company’s purchase of Instagram, Jackson feels Facebook’s contribution to mobile will not be sustainable.

“Look at how Google has struggled moving into social, and I think Facebook is going to have the same kind of challenges moving into mobile,” said Jackson. “The world is moving faster, it’s getting more competitive, not less, and I think those who are dominant in their prior generation are really going to have a hard time moving into this newer generation. Facebook can buy a bunch of mobile companies, but they are still a big, fat website and that’s different from a mobile app.”