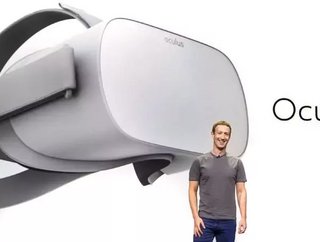 The company offered a preview into Oculus Venues at the conference, an upcoming experience that Facebook plans to launch next year that will let consumers watch live events such as sports, concerts and movie premieres on its VR devices.

The headset has been branded as the company’s newest and most affordable standalone product, aiming to access the more adorable mid-market VR range, with a starting price of $199.

The brand and investment has so far not paid off for Facebook, with the company having bought Oculus out back in 2014 for $2bn.

Comparatively to the company’s other acquisitions such as Instagram for $1bn in 2012, and Whatsapp for $19bn in 2014, Oculus seems to be a slow burner.

The plan for its new mid-market Oculus Go is to attract more consumers, with many having been put off by the high prices and powerful computers required to run most VR systems.

The new Oculus Go is set to be launched early next year.