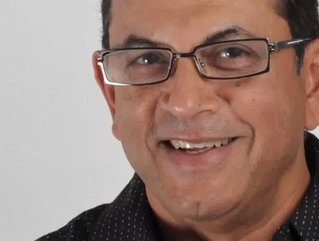 Business Review Canada speaks to Nat Abraham, head of distribution at Breakthrough Entertainment, on how he has prospered from the ever-evolving landscape of television production and distribution…

Nat Abraham is head of distribution at Breakthrough Entertainment with more than 19 years of experience in the acquisition and distribution of television programming.

In addition to his 11 years at Nielsen Media Research Canada, as Group Sales and Marketing Manager, Nat has also served as Vice President with 20th Century Fox/Astral Distribution, and was Co-President at Audiotrack, a broadcast intellectual property watermarking company based in Toronto with clients including Warner Bros., 20th Century Fox and Sony.

Beyond Canada, Abraham has also initiated licence commitments with major US networks and cable channels including Discovery, CBS, Lifetime and A&E. Although the industry is in a state of constant change, Abraham and Breakthrough Entertainment are buoyant. So, how has Abraham successfully navigated some often-choppy waters?

“One of the key factors that differentiates Breakthrough is that our content covers a wide range of genres,” he explains.

“Everything from award-winning kids’ series to narrative TV drama, comedy and lifestyle. More recently we have been involved in the production of feature films in a variety of themes including horror, family and drama.

“With a broader range of content, we can serve virtually every segment of the industry, differentiating us from other producers who perhaps choose to specialize in a specific area. Over our 30-year history we’ve developed into more of a studio than just a production house and our size and the breadth of our content helps give us a competitive advantage.”

TV production and distribution has experienced the most dramatic technological changes with the televisual landscape almost unrecognizable from five or six years ago. Abraham has stayed ahead of the curve primarily through recruitment and an open-door policy with regards to content.

“Breakthrough has tremendous resources in terms of experienced staff and their specific skillsets, yet we can be nimble enough to adapt quickly to emerging industry trends,” he says.

“As the linear broadcasters, especially in Canada, are becoming increasingly more conservative in their commissioning of original programming, we are experiencing more opportunities and rapid growth in the digital market and are creating brand new concepts for some of the OTT services.

“It’s an exciting time for us to be pushing the envelope far harder than we could previously due to the conventional broadcasters’ mandated content restrictions, which often confined the types of programming they can create. We still continue to do a great deal of work with our linear broadcasters, however, but we are really enjoying some of the creative freedom in program creation for some of the new platforms.”

Aside from the creative and performance related aspects to TV production, there is also an extensive logistical and procurement element to the business.

“Every project starts with an idea,” Abraham says. “Whether it’s a book, a screenplay, or a stage play. With television content, what initially begins as an idea is then transformed into a written treatment to give it a feel for what the show is eventually going to look like.

"It’s basically a short-form overview, similar to the foreword if you wanted to compare it to a book; intended to give you an idea of the tone of what that particular show is going to look and feel like and who the characters are, and what the premise of the show is. The look and feel is important and from there, we will approach writers well known in that particular genre.

"We will talk to directors who we feel may be the right fit for the project, and that’s where a story starts to take shape because the experience of the people that you bring on board is what transforms it into a completed film or series.

"The magic of turning something from just an idea on a piece of paper to a film or television show is all due to the talent and team that’s attached to it.

“Before a single episode can be produced, generally, the entire season is written and planned out. You plan a production by keeping all of the episodes in mind so you can keep the cast and crew on a tight schedule.

"There is an enormous amount of planning that goes into a production from all of the departments and they will prep for months before they actually go to camera. Once an episode is shot you then have the editing, colour correction, sound mixing etc. – all of the post production to make sure the episodes are presented in the best possible form and are delivered to the broadcasters according to their technical standards.”

A man used to working on several projects at once, Abraham has to tackle problems from short, middle and long-term productions. “As Breakthrough is involved in producing so many different genres, we have teams who specialize in each of those types of content... We keep those experts involved in their field of expertise and as a result, there are different teams working on each project that can simultaneously handle different projects.

"Most of the talent and the crew are contract workers and will work on this show before moving onto another. Our in-house teams manage the development of the projects, production, post production and sales and distribution, but all of the rest is typically contracted out.

“This company is unique in the diversity of our content offerings, everything from kids to family to lifestyle, drama, thriller and horror movies. We have also been working with our international buyers for decades and have a good handle on content that meets their needs both in the established broadcast environments as well as the now emerging digital markets.

"We are able to weather the economic storms that pop up from time to time in different territories because of the diversity of our offerings and having our collective finger on the international pulse.

“The first installment of our L.M. Montgomery’s Anne of Green Gables trilogy property, for example, has been sold to broadcasters in nearly 20 countries this year including HBO Europe and PBS in the United States.

"It’s a tremendous property for us and we expect the second and third installments to sell just as well. Combine that with our award-winning kids content, our genre films through our partnership with Black Fawn (now 8 films in), who have a achieved cult following in the horror community and you start to see the strength of our catalogue. We have over 40 feature films and over 4000 episodes of programming that we can continue to sell and resell in territories worldwide.

“That’s really what seems to differentiate us from most of the other players in the industry who tend to specialize in one or two areas. Breakthrough has always been proud for creating content for everyone’s taste and not just a select group. It’s sort of been our key to success as a company.”