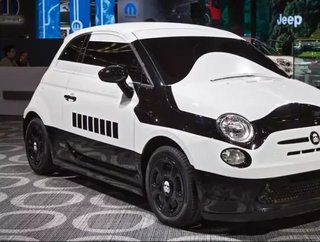 Fiat Chrysler is being forced to recall some of its electric models - the Fiat 500e - produced between March 22 2012 and January 29 2016, due to voltage spikes causing the propulsion system to shut down, increasing likelihood of crashing. This glitch had led to the company recalling 16,500 cars.

This model is currently only available in California and Oregon, but has made vivid the problem with electric cars being inherently more difficult to regulate and quality control. This particular issue was highlighted by the company during a routine component check as opposed to a customer complaint. It seems unlikely that the 500e will be released in Europe any time soon due to this setback.

Automotive manufacturers which focus on electric-only cars, such as Tesla, have place a great deal more R&D and innovation in software, making their vehicles more stable.

According to Reuters, Fiat Chrysler Automobiles Chief Executive Sergio Marchionne told an audience at the Brookings Institution last month: "I hope you don't buy it because every time I sell one it costs me $14,000. I'm honest enough to tell you that."